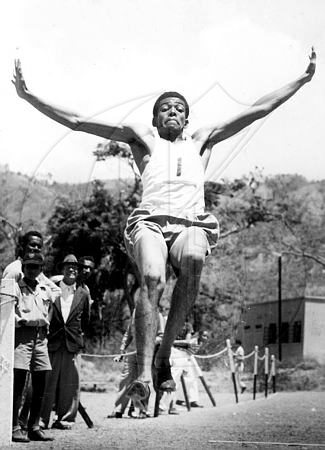 In his latter years, Howard Aris became most widely known as the president of the Jamaica Amateur Athletic Association (JAAA), the post he was elected to in December 2004. However, many years before that, he was a Kingston College star who was instrumental in the school’s performance at Champs in two regards.

As an athlete, he ended the 1952 Champs as Victor Ludorum (a title bestowed on the athlete who scored the most individual points for his school) after winning the class 2 high jump, long jump and 120-yard hurdles. Four years later, he was a part of the school’s coaching team before leaving Jamaica for Columbia University, where he earned a degree in physiotherapy. This came in handy when he returned, as he played a significant role in KC’s 14-year stranglehold on the Jamaica Schools Championship Sports Cup, which was retired in 1974 and subsequently given permanently to the school. He was a general coach in the KC Faculty of Coaches, formed by the legendary Sydney ‘Foggy’ Burrowes in a bid to overhaul Calabar‘s four wins in a row record.