This Sunday, the West Indies senior men’s team will face England in the finals of the 2016 ICC World Twenty20 championships. The team earned its spot after an anxiety-inducing run chase ended with a seven-wicket win over hosts and favourites India on Thursday. If the Windies pull off the win, this will be their second hold on the T20 World Cup.

Take a look at the infographic below to see how the Windies team has performed in other ICC world tournaments over the years and get ready to “rally ’round the West Indies” on Sunday. 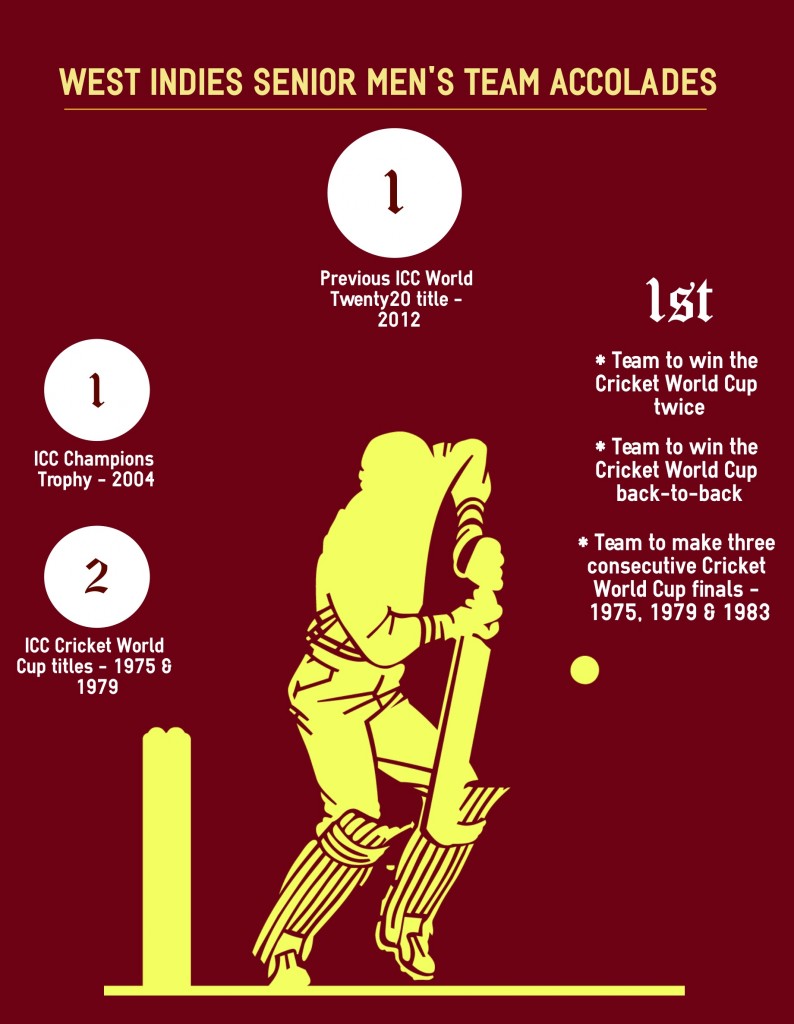 The West Indies women also made the finals, with a win over New Zealand, so be sure to cheer them on, too.