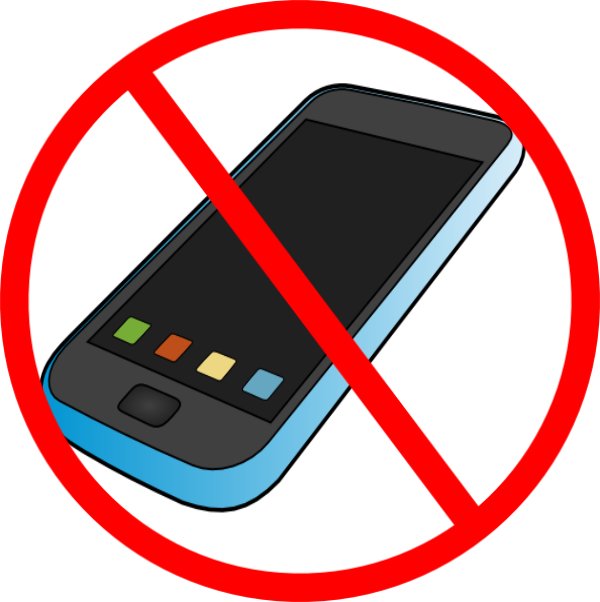 Two of the items in our election day DOs & DONT’S guide is related to cell phone usage at the polling station – specifically, telling you that it is not allowed. This might be hard for many in the social media generation to comprehend, as they are used to documenting every area of their lives on platforms such as Instagram, Snapchat, Twitter, Vine, Facebook and more. However, on election day, it is best to leave the selfies and snaps for outside the polling station. No one – not voter, election day worker, volunteer, political candidate or his/her agent – is allowed to display or attempt to use a cell phone, camera or other image-capturing device inside the polling station. And certainly not inside the voting booth!

Section 35 of the Representation of the People Act (ROPA) makes it clear that, in case of any violation of this stipulation. See the screenshot below: 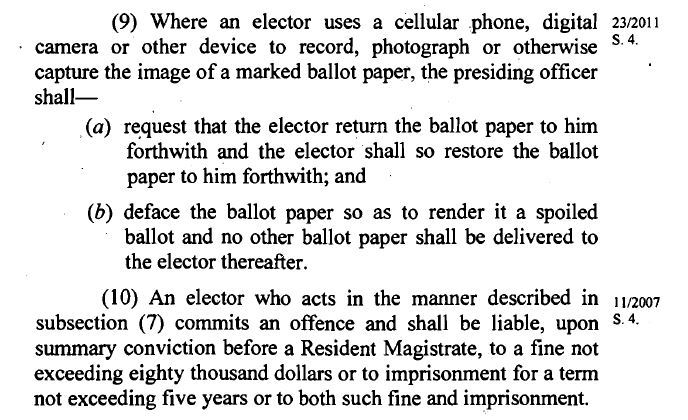 In layman terms, if you are caught using your phone or other device to record in any way, your ballot will be spoiled by the presiding officer and you will not be issued a new one. You will have lost your vote and potentially set yourself up for an J$80,000 fine or prison sentence, or both.

Here is the crux of the matter: Although it is illegal to buy or sell votes (sections 91 and 94 of the ROPA), some people do sell their votes and must provide visual proof that they have carried out their end of the bargain, which is where cell phones and cameras would come in.

While it is clear that you cannot display or use your devices inside the station, the ROPA does not prohibit you from having it on your person, even inside the voting booth – a fact which came up for debate last September. Philip Paulwell, the People’s National Party’s (PNP) minister with responsibility for electoral matters argued that the ROPA does not need to be amended to deal with the issues being created by the rise of social media platforms. However, the Jamaica Labour Party’s (JLP) veteran campaigner Mike Henry contended that that the rise of new technology should attract the attention of the electoral authorities, arguing that there should be regulations to prevent people from taking their cellular phones into the voting booth.

This issue is not unique to Jamaica, and has come up in several places in the United States, Canada and the United Kingdom, for example.