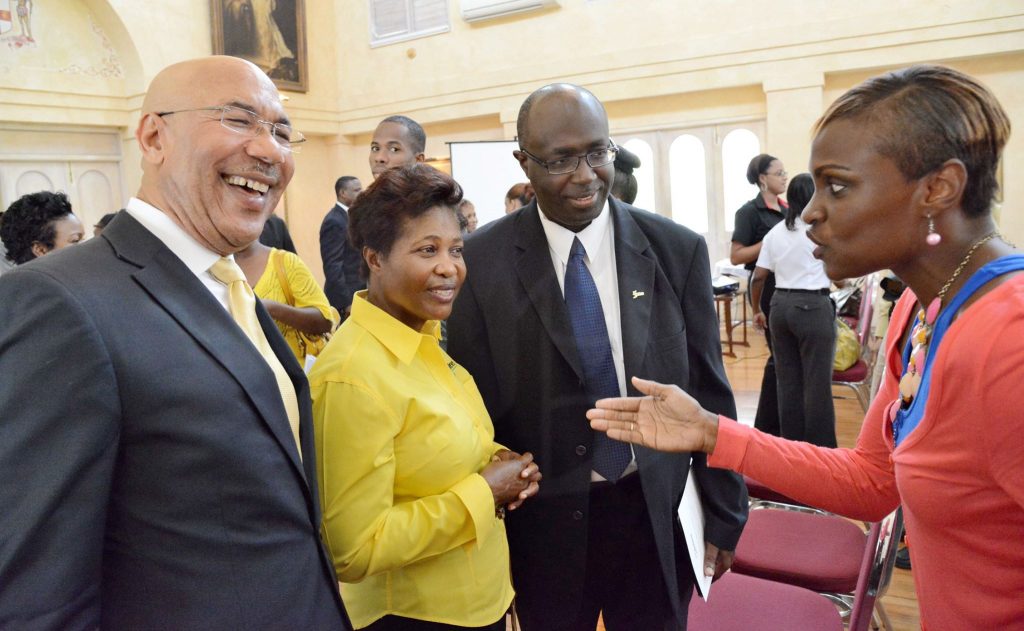 Governor General Sir Patrick Allen ended his Jamaica 50 parish tour on October 30, 2012 with a visit to the Windward Road Primary and Junior High School. The tour was organized to bring the governor general closer to the people of Jamaica. The role of governor general, as the highest office in the country, has come in for scrutiny in the past with several critics calling for it to be scrapped. However, how much is known about the roles and functions of the post? Here is a comprehensive list and a slideshow of the men who have held the position since 1962.

ROLES & FUNCTIONS OF THE GOVERNOR-GENERAL

The Constitutional Status and Role of the Governor-General

The Governor-General of Jamaica is appointed by Her Majesty The Queen on the advice of the Prime Minister, within the constitutional monarchical system of Government provided by the Jamaican Constitution. He is, “Her Majesty’s representative in Jamaica”.

The Governor-General personifies the State by powers and functions limited to those provided for, by, or under, the Constitution or any other law.

He exercises, on Her Majesty’s behalf, the executive authority of Jamaica either directly or through officers subordinate to him. He appoints members of Commissions, for example, the Judicial Services Commission, the Public Services Commission and the Police Services Commission, acting on the recommendation of the Prime Minister, after consultation with the Leader of the Opposition. He acts on the advice of the Commissions when making appointments to public offices, and when removing or exercising disciplinary control over persons holding or acting in any such office.

The Governor-General also performs the important duties of appointing the Prime Minister, the Leader of Opposition, Cabinet Ministers, Members of the Senate, the Chief Justice and other members of the Judiciary.

Section 32 of the Constitution of Jamaica establishes rules governing the exercise of the Governor-General’s functions. Within the framework of the Constitution, the Governor-General is expected to participate in the conferring of Jamaican Honours, the proroguing and dissolving of Parliament, giving Assent to Bills passed by Parliament, appointing officials of Government, including diplomats, officers of the Jamaica Defence Force, Ombudsmen, the Contractor-General, and Privy Councillors.

The Governor-General convenes meetings of the Privy Council which advises him on the Prerogative of Mercy and on Pardons in capital cases.

Other functions of the Governor-General include giving audience to Ministers of Government and officials both in Jamaica and overseas; receiving Cabinet Decisions; reading, dispatching and signing numerous documents and State papers. The Governor-General is consulted on most aspects of national life.

State banquets take place at the official residence of the Governor-General, King’s House, whenever a foreign head of state visits Jamaica, and annually, in honour of the Members of the Diplomatic Corps accredited to Jamaica. Investitures, to bestow National Honours, are also held at King’s House.

The presence of Their Excellencies at cultural, educational and charitable events of national and local importance encourages nationwide interest and publicity.

‘The Constitutional Status and Role of the Governor-General’. King’s House MedHelp Website of the Governor General of Jamaica http://www.kingshousemedhelp.com/gov/roles.php. Accessed November 1, 2012.