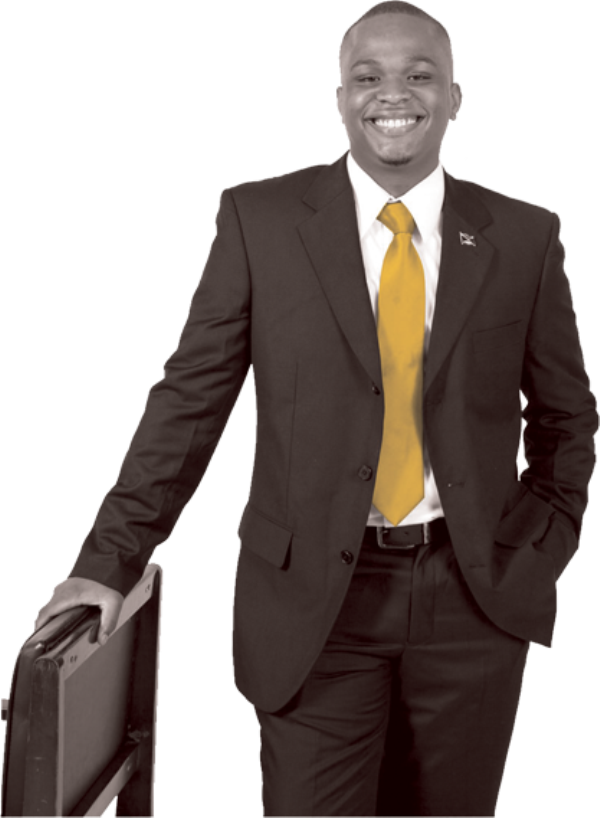 The name Gordon Swaby is quickly becoming synonymous with youth entrepreneurship and technological innovation in Jamaica. The 23-year-old is most famous for EduFocal, the online social learning platform he launched in 2012, which has helped numerous students pursuing the Grade Six Achievement Test (GSAT) and Caribbean Secondary Education Certificate (CSEC) exams. In only two years, the company has already become a fixture in Jamaica’s education sector.

Swaby has also earned several international accolades and opportunities because of his work. Most recently, he was selected as one of 10 young innovators from the Caribbean to meet with the Board of Governors of the Inter-American Development Bank (IDB) in Bahia, Brazil. He was also invited by the World Economic Forum on Latin America to attend its three-day conference in Panama and will attend the IDB’s round-table conversations on education and innovations at its headquarters in Washington, DC, in June.

In honour of his work with Jamaica’s children and the fact that he was also a teen entrepreneur, we caught up with this tech trailblazer for our final Child Month 2014 feature so he could share his story and some words of advice.

How did the idea for EduFocal come about?
My cousin and I came up with the idea for EduFocal a couple years ago. When I was 15 or 16 years old, I wrote something called my ‘life wireframe.’ In it, I essentially plotted out my life for the next 20 or 30 years. Starting a company was one of the things that I wanted to do while in college; so said, so done!

Many educational programmes and initiatives tend to use music as the preferred tool to aid learning. Why did you decide to use the play or gaming approach?
It just seemed natural for me. At one point, I owned the largest gaming website in the Caribbean. I’ve always loved the internet and video games. I was always engaged by the games that I played. I was engaged because of the mechanics of video games and we’ve proven that you can use those mechanics and incorporate them into learning, making learning fun for children!

What has been the most inspiring success story from a student or parent so far?
Because so many students use our platform and have benefitted from EduFocal, it’s hard for me to point out any specific one. But one student that comes to mind is Nashawn Madourie of Seaforth High School. Nashawn was his school’s top CSEC performer; he was also one EduFocal’s top 10 CSEC students. Nashawn, not having access to the internet at home, would go to his school to access EduFocal.

I’m happy that we provided a valuable and fun resource for him to use to better prepare for his exams.

You started your career very early, building websites and eventually creating Advance-gamers.com, the largest gaming website in the Caribbean at the time. What was it like being a teenaged entrepreneur? Did you face any challenges because of your age or did you find that it opened doors?
Being a young entrepreneur had/has its pros and cons. It opened doors, but many were also patronising. I think it’s hard for some to take you seriously because all they see is a young person or a child.

What advice would you give to teens today who might have their own entrepreneurial ideas? Get mentorship. Everybody should have mentors, but I believe it’s especially important for young entrepreneurs. Chances are you’re starting out without much experience, so it’s important to have somebody who’s more experienced than you that you can pull on for advice. Finally, be confident in yourself. You have to believe in yourself before others will believe in you.

Find out more about EduFocal in this brief documentary, produced by Virgin Unite.