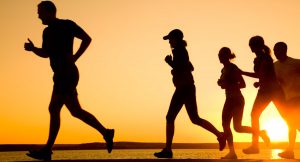 On July 27, 2018, new rules governing an athlete’s eligibility to represent a member of the International Association of Athletics Federation (IAAF) as either a citizen or national representative came into effect. Among other things, the new rules state that athletes switching allegiance must serve a three-year mandatory waiting period, that an athlete can only transfer once, and that no transfers can be done before the age of 20.

These amendments come on the heels of a freeze on the rule since February 2017, during which time the IAAF’s Council sought to develop a solution to the problem of athlete trafficking. Of course, these rules will have implications for all nations participating in IAAF-regulated events, including Jamaica. See the full text of the amendment below:

6. In accordance with Rule 21.2 (Eligibility Rules), the eligibility of an athlete competing under these Rules shall at all times be guaranteed by the Member to which the athlete is affiliated. The burden of proving that an athlete is eligible in accordance with this Rule 5 rests with the Member and the athlete concerned. The Member must provide the IAAF upon demand with valid / authentic documentation demonstrating the athlete’s eligibility and such other evidence as may be necessary to prove the athlete’s
eligibility on a definitive basis. If required by the IAAF, a Member shall provide a certified copy of all documentation on which it seeks to rely in demonstrating the athlete’s eligibility under this Rule.

7. This Rule 5 does not apply to Neutral Athletes.

8. The IAAF will have discretion (which it may delegate to a committee or panel) to waive or vary any of the requirements of this Rule 5 in circumstances that are deemed
exceptional.

9. The Regulations on Eligibility to Represent a Member in National Representative Competitions shall govern the practical implementation of this Rule 5.