The current chikungunya crisis has many Jamaicans voicing concerns about how it is transmitted, the need for the cleanup of potential mosquito breeding sites in some communities and a disjointed response from the Ministry of Health. This is Jamaica’s first brush with the virus. However, since many chik v symptoms are the same and it is also spread by the Aedes Aegypti mosquito, we decided to look up some articles on dengue fever from The Gleaner Archives to see if there were any similarities between how the current chikungunya crisis and dengue outbreaks were handled.

Severe dengue (previously known as Dengue Haemorrhagic Fever) was first recognized in the 1950s during dengue epidemics in the Philippines and Thailand. Severe dengue affects most Asian and Latin American countries and has become a leading cause of hospitalization and death among children in these regions.

One of the early stories we found on dengue fever was published on August 12, 1977. There was a dengue outbreak in Jamaica that year, resulting in some 60,000 reported cases, according to this report. The story outlined government spending on mosquito eradication efforts to curb the spread of the dengue type 1 virus. 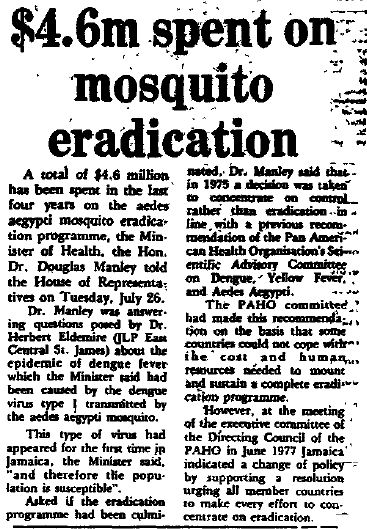 On December 31, 1980, The Gleaner reported on the Dengue Fever Control Project that was launched in November to educate members of the population on dengue and carry out cleanup activities.

Fourteen years later, an epidemic in Puerto Rico epidemic prompted Jamaican authorities to warn the public against complacency in this December 8, 1994 article. 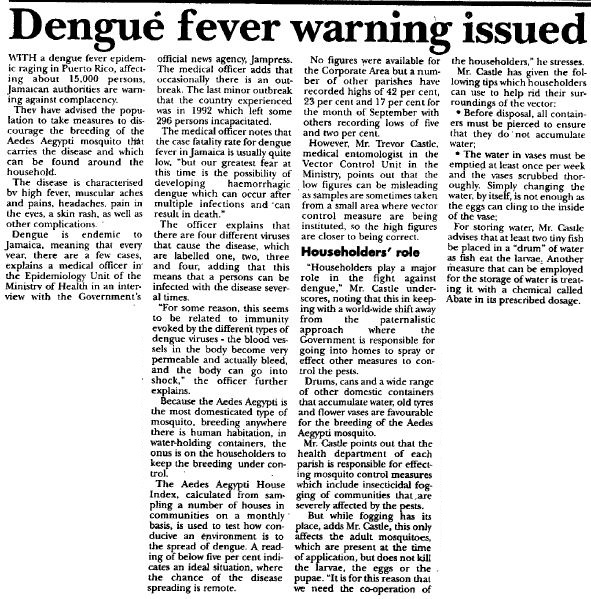 The island was dealing with another outbreak the very next year, per this November 5, 1995 article. 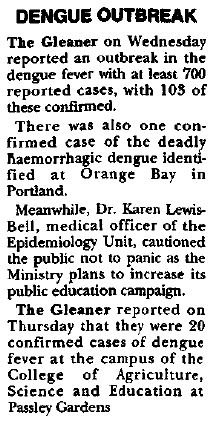 The handling of this latest outbreak prompted a Ministry of Health medical officer to argue that the authorities were caught flat-footed, in this on November 25, 1995 report. 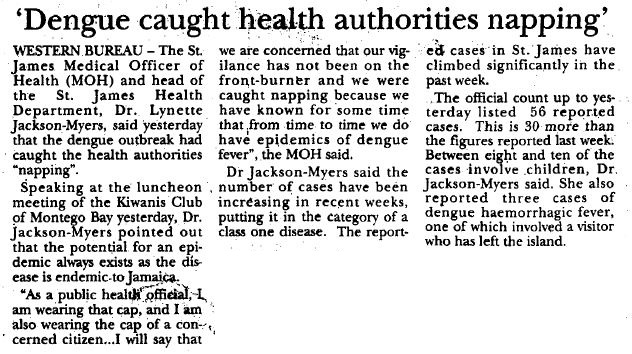 The government seems to have learned its lesson as two years later, the November 18, 1997 paper reported that it was in a proactive mode. 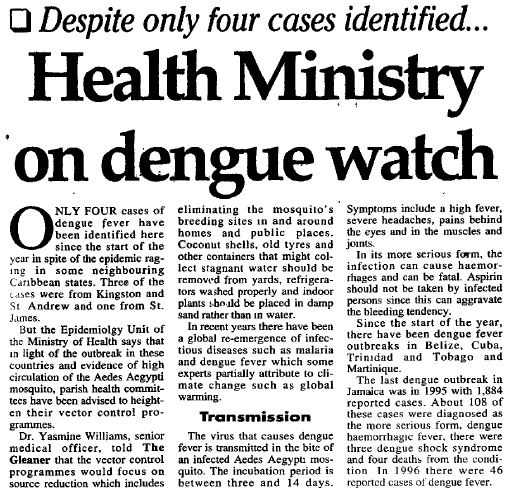 What role does the climate play in the spread of mosquito-borne diseases? This October 28, 2007 article examines the issue.