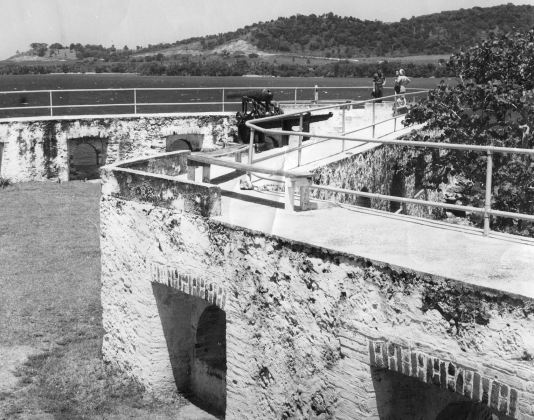 When we visited the parish last year, we told you about the Hanover Museum in Lucea. This week, we head to the equally historic Fort Charlotte.

Located on the harbour of Lucea, at the midpoint between Montego Bay and Negril, Fort Charlotte was built in 1761 to defend the northwesterly parts of Jamaica. Constructed by the British during the reign of King George III of England, the fort was named after his consort, Queen Charlotte. According to the Jamaica National Heritage Trust, it featured barracks capable of housing 50 soldiers and had 23 embrasures for 23 guns, 20 of which were mounted. At present, only three remain. During the Napoleonic Wars, it was thought that the number of guns at the fort were insufficient, so in 1807, three 24-pounders on traversing carriages were installed on the seaward side.

The fort is built of rectangular cut stone and has several openings toward the sea. Inside the fort is the remains of the circular base for the rotation of guns which were placed there so that they could shoot from every possible angle. The cut stone artillery store still stands, with its buttresses and a gabled roof. A section of the fort currently forms part of the Rusea’s High School. 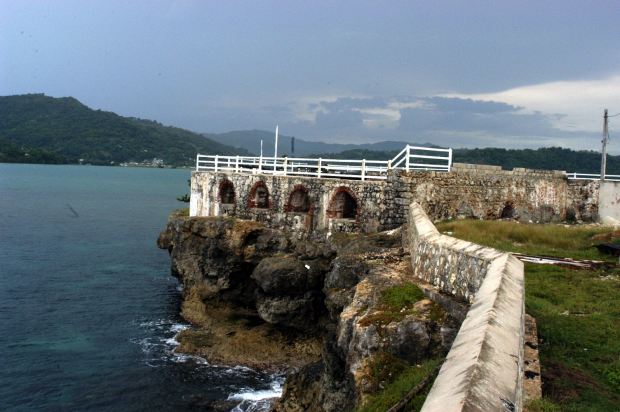 Fort Charlotte is an untapped gem for the very reason it was chosen by the British as such an important point of defense – the views. The soldiers then could look far out at sea and spot any approaching enemy ship before it got to close, and today, Jamaicans and visitors alike flock to the picturesque site to take in the view themselves. “People spend money and take a thousand pictures out there. Just the view, the breeze, the panorama, the mountains the town the coastline, the coral reefs, sometimes you might see a fisherman out there in a canoe – these are what you call Kodak moments,” said Stephen Riviere, who has been a tour operator in Lucea for more than 20 years.

Unfortunately, Fort Charlotte is in need of general refurbishment and upgrades. Late last year, Mayor of Lucea Wynter McIntosh announced a raft of plans for the site, which should be completed within the first quarter of this year. Tour operators like Riviere are excited, and so are we!