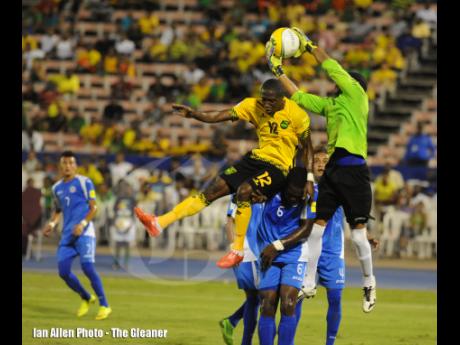 Association Football is one of the most popular sports on the island.  The Jamaica Football Federation (JFF) governs organized football in Jamaica.  Founded in 1910, the JFF joined FIFA in 1962 and is a member of CONCACAF, the North American governing body of the sport.   In 1998, the Jamaican National team qualified for the FIFA World Cup held that year in France.

The highest level of play on the island occurs in the Jamaica National Premier League.  The league, in which 12 teams currently compete, plays a season that usually lasts from August until May.  It is divided in 3 stages after which the top 6 teams compete for the championship.  The bottom 6 teams compete to retain their place in the Premier League.  Each year 2 teams are relegated to one of the 4 regional leagues, and 2 teams from those leagues are promoted to Premier status.
Women’s Football
Women’s play is also governed by the JFF.  They compete each year for in the Women’s League currently sponsored by the Sherwin-Williams paint company.
Schoolboy Football
High school football is incredibly popular on the island.  The Inter-Secondary School Sports Association (ISSA) organizes two championships each year, played in the first of the schools’ three terms.  Schools outside of Kingston and St. Andrew play for the daCosta Cup.  Schools within the greater metropolitan area play for the Manning Cup, a competition which almost eclipses the Premier League in its popularity.
Regional Leagues: