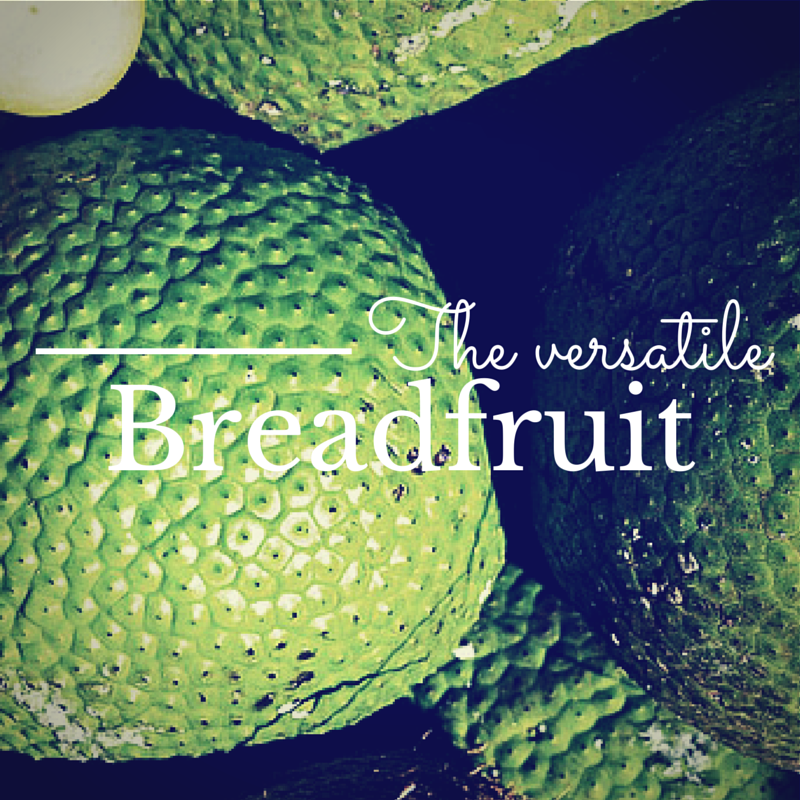 Food Month 2014 is officially in full swing, and today, our first dip into the ‘Pot-pourri’ yielded the versatile breadfruit, aka ‘bresheh.’

Most Jamaicans are familiar with breadfruit when boiled, roasted or roasted and fried, but many probably don’t know that the bresheh can also be used in puddings, pies and cakes, or even make wine. For those seeking a gluten-free alternative to flour, it can also be dried and made into a powder that can be used to make dumplings, pancakes, fritters and porridge. But how did breadfruit become such an integral part of the average Jamaican diet? Let us take a little stroll back in time.

According to information from the Encyclopedia of Jamaican Heritage by Olive Senior, planters in the West Indies first sought to import breadfruit into the region in 1775, as a cheap food source for the slaves. They offered to pay “all reasonable costs” to anyone who could bring them the plants of the trees that grew bread, which fed South Sea islanders all year round.

Despite the planters’ generous offer, including a gold medal promised by the Society of Arts, it would be some 18 years before the plants actually made it to Jamaican shores. The following, from a Gleaner article shares some of the story:

The first attempt to introduce the starch to the island was unsuccessful. In the 1780s the island experienced five hurricanes between 1780-6 which ravished the food source. The American War of Independence restricted imports from that country and a drought also contributed to the food shortage.

Planters in the West Indies heard of breadfruit and offered a hefty reward for the ship captain who successfully brought the plant to the island. William Bligh took on the challenge, but before he could make it to the island his crew mutinied, threw him overboard along with his prized plants. It is said the crew was frustrated as they were left thirsty at the expense of keeping the plants alive.

Bligh survived that ordeal and in 1793 gave the expedition a second try. He succeeded in bringing the plant to Jamaica and St Vincent. His first stop was Port Royal and then it was off to Port Morant. The first trees were planted at Bath Botanic Garden in St Thomas.