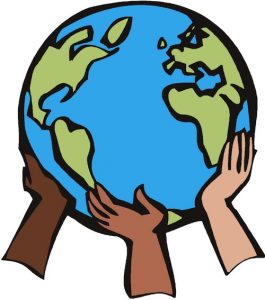 November 4, 2016 will go down in history as a significant date: the day when the Paris Agreement on Climate Change comes into effect. This agreement marks a definitive step by world leaders to try to limit global warming to no more than 2°C. They have also committed to trying to bring down carbon emissions until the world’s temperature stabilises at 1.5°C.

1. When was the Paris Agreement signed?

The Paris Agreement was signed in December 2015 by the heads of countries including the United Kingdom, United States and China.

“The Paris Climate Agreement aims to limit global temperature rise to 2 degrees Celsius above pre-industrial levels by 2100.” (According to Al Jazeera)

“Humanity will look back on November 4, 2016 as the day that countries of the world shut the door on inevitable climate disaster and set off with determination towards a sustainable future. (According to The UK Express)

2. How many countries have signed on to the agreement?

So far, 195 countries have been reported as signatories to the Paris Agreement. Jamaica has signed but has not ratified the agreement.

“We have received the comments of the AG, which point out the obligations the country would have under the agreement. We now have to complete a series of consultations with the various stakeholders that would have a critical part to play in meeting those obligations,” revealed Colonel Oral Khan, chief technical director in the Ministry of Economic Growth and Job Creation. (According to The Gleaner website)

3. What does the COP22 have to do with the Paris Agreement?

COP22 is the popular acronym given to the UN Climate Change Conference 2016. Now that enough countries have agreed to and ratified the Paris Agreement, the COP22 will entail them actually channelling efforts – in practical ways – to bringing down carbon emissions in their individual countries. This is why some stakeholders have emphasised the importance of ratification. Countries that have not ratified the agreement are not expected to have as strong a say in what procedures are agreed upon or rejected.

4. How does the UN feel about the state of the world’s current carbon emissions?

The UN Environment Programme (UNEP) said the world needs to slash its annual greenhouse gas emissions by an additional 12 billion-14 billion metric tons by 2030 to have a chance of limiting global warming to 2°C (3.6°F).

5. When will Jamaica ratify the Paris Agreement?

Not until next year.