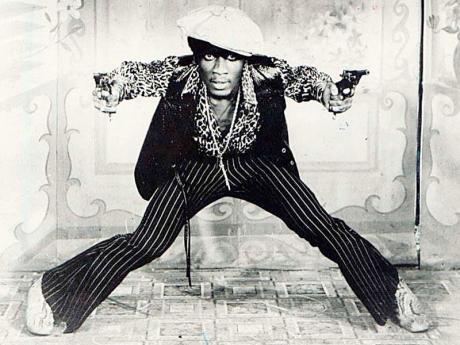 Sports, food, music and language are some of the many aspects of Jamaican culture that have made the little Caribbean island an international juggernaut. However, how many people think of movies when they think about Jamaica? Probably not a lot, as countries such as Nigeria, India and the United States, are known to produce the most movies annually. Jamaica doesn’t only show blockbuster movies but rather maintains a presence in the film making industry.

Often referred to as the heart of the Caribbean, with its picturesque views, lush landscapes and beautiful beaches, Jamaica provides a beautiful site for any picture loving individual or the perfect setting for a movie. This marks one aspect of Jamaica’s involvement in the film industry, loaning its shores to several movie productions such as: critically acclaimed Dr. No, a James Bond movie, starring Sean Connery, parts of which were filmed in Oracabessa, St. Mary and Port Royal. The James Bond film franchise returned for Bond 25, currently in production.

The Blue Lagoon, 20,000 Leagues Under the Sea and the film adaptation of the Nobel Prize winning book, ‘The Lord of the Flies’ are a few other notable mentions. Television shows such as Like Father, The Intent 2 and Marvel’s Luke Cage, have also been shot on the island.

Jamaica has produced many movies over the years; the very first film produced in Jamaica by the Jamaican film industry came in the year 1972 with the “The Harder They Come”, starring Jamaican-born Reggae icon Jimmy Cliff. This film received much international attention and placed the little island on the international film radar. Interestingly, to celebrate the 40th year since the film’s production, a Gleaner article entitled “From Rhygin to the Harder They Come” stated that the film was shown across the UK, USA and Canada. This highlighted that Jamaican produced films held an international audience.

Other films produced in Jamaica include: Yardie, Smile Orange and Shottas. Life and Debt, the infamous documentary filmed in Jamaica, focused on the impact of the World Bank, I.M.F. and globalization on developing countries such as Jamaica. In a gleaner article entitled “The Reel | Jamaica’s Growing Billion-Dollar Film Industry”, it was stated: “Large-scale productions like Storm Saulter’s Sprinter and Idris Elba’s Yardie have generated a lot of local film activity. Thus…Jamaica’s film industry is slowly becoming more recognized on both a local and international level”.

It is obvious that Jamaica has its place in the film industry, both locally and internationally. However, while film productions attract more international recognition, what can be said about live-action productions in the country? Next time the theatres of Jamaica will be taking the centre stage.