Dulé Hill – Actor and tap dancer Karim Dulé Hill was born in New Jersey, US to Jamaican parents. He is best known for his roles in the television shows The West Wing and Psych, in addition to Broadway performances in The Tap Dance Kid, Stick Fly, After Midnight and Bring in ‘da Noise, Bring in ‘da Funk. Hill is also a social media entrepreneur, co-founding an app called Nomino, which is a social game that challenges users to identify the subject of a photo or video with only a riddled caption as the clue.

Nalo Hopkinson – Renowned sciene fiction and fantasy writer Hopkinson was born in Kingston to a Jamaican mother and Guyanese father. Her mother was a library technician and her father a poet, playwright, actor and teacher; therefore, it is no surprise that she stayed in the literary field. Hopkinson spent her formative years in the Caribbean (Jamaica, Trinidad and Guyana) before moving to Connecticut, USA, while her father lectured at Yale University and Toronto, Canada, where she settled. Her most popular works include the novels Brown Girl in the Ring, Midnight Robber and The Salt Roads; short story collection Skin Folk and anthologies she has edited, including Whispers from the Cotton Tree Root: Caribbean Fabulist Fiction. Hopkinson is currently a creative writing professor of  at the University of California Riverside.

Claude Kelly – Kelly has been nicknamed the ‘Studio Beast’ because of his knack for penning chart-topping singles for an eclectic clientele, which includes Kelly Clarkson, Britney Spears, Carrie Underwood, Leona Lewis, Bruno Mars, One Direction and Backstreet Boys, in addition to the late Michael Jackson and Whitney Houston. He was born to a Jamaican single mother and raised in Manhattan’s Lower East Side, where he was a bit of a prodigy – playing the piano at two and the flute at seven. Kelly was also involved in the New York Boys Choir in high school, before heading to the prestigious Berklee College of Music in Boston, Massachusetts. He recently worked with our own Tessanne Chin as she completes her first major label album after winning Season 5 of The Voice.

Claude McKay – Born Festus Claudius McKay in Nairne Castle, Clarendon, the renowned writer and poet who rose to prominence in the US as one of the seminal figures in the Harlem Renaissance. McKay published three novels in his lifetime: the award winning Home to Harlem (the first novel by a black American to become a best seller), Banjo and Banana Bottom. His 1941 a manuscript called Amiable With Big Teeth: A Novel of the Love Affair Between the Communists and the Poor Black Sheep of Harlem was found and authenticated in 2012. McKay also authored several poetry collections, an anthology of short stories, Gingertown, two autobiographical books, A Long Way from Home and My Green Hills of Jamaica (published posthumously), and a non-fiction, socio-historical dissertation entitled Harlem: Negro Metropolis. His 1922 poetry collection, Harlem Shadows, was among the first books published during the Harlem Renaissance. 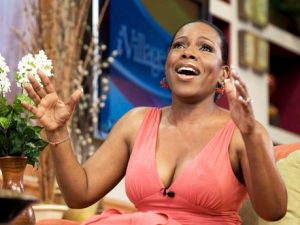 Sheryl Lee Ralph – An actress, singer and activist, Ralph is perhaps one of the best known ‘Jamericans’ around. She was born in Connecticut, USA, to an African-American father and a Jamaican mother. She was raised between Mandeville and Long Island, New York. Ralph’s career took off on Broadway in 1982, where she played Deena Jones in the original musical, Dreamgirls. She was nominated for a Tony Award for Best Actress in a Musical. An album, In the Evening, was released in 1984. Since then, she has gone on to play a number of memorable roles in several plays, movies and television shows, including Thoroughly Modern Millie, The First Wives Club, The Mighty Quinn, Sister Act 2: back in the Habit, Designing Women, Moesha, Ray Donovan and Instant Mom. Ralph’s charity, The Diva Foundation, raises awareness and funds to assist in the fight against AIDS. The foundation’s benefit concert, Divas Simply Singing is the longest running benefit concert in the US.