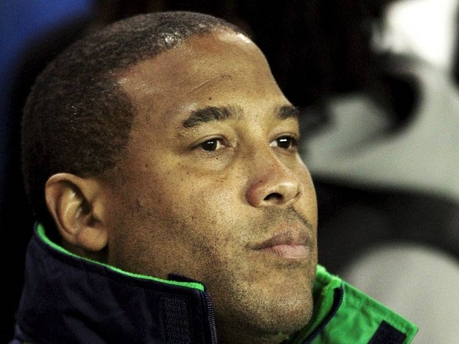 John Barnes – The name John Barnes is well known in football circles, most notably for his 10-year stint at Liverpool Football Club and as one of England’s standouts. However, he was born in Kingston, Jamaica and attended St George’s College before migrating to England at 12 years old where his father, an army colonel, was seconded to the British regiment at the time. Barnes began his career at Watford in 1981 at 17 and moved to Liverpool in 1987. During his decade with the club, he made 407 appearances, scored 108 goals and won four major trophies. He made the England under-21 team while at Watford and made his senior team debut two years later. Barnes would go on to earn 79 full international caps for England (a record for a black English player at the time) and score a dozen goals. On September 16, 2008, after having his name bandied about with technical duties relating to Jamaica’s football, John Barnes was appointed as head coach of the Reggae Boyz. He served from November 1 to June 15, 2009.

Patrick Chung – Superbowl XLIX champ Patrick Christopher Chung was born in Kingston, but fell in love with American football when he migrated to the United States at the age of 10. The New England Patriots strong safety is the son of Sophia George-Chung, who was a top Jamaican reggae artist in the 1980s. Her biggest hit was Girlie Girlie, released in 1985. He was drafted by the Patriots in the second round (34th overall) of the 2009 NFL Draft, and remained with the team until 2012. He signed with the Philadelphia Eagles in 2013, but was released. He was then re-signed by the Patriots in 2014 and recently inked a three-year extension with the team.

Patrick Ewing – The seven-foot basketball legend was born in Kingston before migrating to Cambridge, Massachusetts at 12 years old. In Jamaica, he had excelled in cricket and football, but learned to play basketball in high school. At Georgetown University in Washington, DC, he became one of the first college players to start and star on the varsity team as a freshman during the 1981–1982 season. Ewing’s professional career began when he was drafted by the New York Knicks in 1985 and he remained with the team for 15 years. His first year was marred by injury, but he still copped the NBA Rookie of the Year award, averaging 20 points, 9 rebounds, and 2 blocks per game. Despite his stellar record, he never won an NBA Championship ring, but his record includes two Olympic gold medals. Ewing, an 11-time NBA All-Star, eventually left the Knicks in 2000, signing with the Seattle SuperSonics for one year, before joining the Orlando Magic a year later, prior to his retirement. Since 2002, he has been a coach, working first with the Washington Wizards, then the Houston Rockets, then the Magic and finally the Charlotte Hornets, where he is the associate head coach. His son, Patrick Jr, plays for Jamaica.

Lincoln M Alexander – The late Lincoln MacCauley Alexander was born to a Jamaican mother and Vincentian father in Toronto, Canada. As a politician and statesman, he served as a Member of Parliament in the House of Commons, the federal Minister of Labour, and later as the 24th Lieutenant Governor of Ontario from 1985 to 1991, and was also a governor of the Canadian Unity Council. He was the first black man to hold these positions in Canada. In his lifetime, he was bestowed a number of titles, medals, awards and honourary degrees. Several institutions, roads and awards have been named in his honour. His autobiography Go to School, You’re a Little Black Boy: The Honourable Lincoln M. Alexander: A Memoir was published in 2006. Alexander died in his sleep on October 19, 2012, at the age of 90.