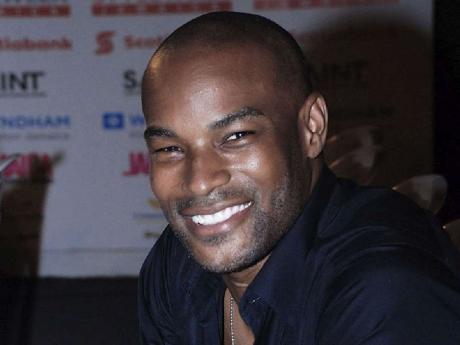 Tyson Beckford – Tyson Craig Beckford was born in The Bronx, New York, to a Jamaican Chinese father and Jamaican Panamanian mother. The family moved to Jamaica soon after he was born, where they spent seven years. He is famous for being the first black male supermodel, starting his career in 1994 after being signed to an exclusive contract as the face of Polo Sport by Ralph Lauren. Beckford’s good looks and talents have taken him beyond the runways and magazine spreads of the fashion world into music videos – such as Notorious BIG’s One More Chance, Britney Spears’s Toxic and perhaps most famously, Toni Braxton’s Unbreak My Heart; TV shows such as My Wife & Kids, America’s Next Top Model, Make Me A Supermodel and Project Runway; and movies such as Zoolander, Biker Boyz and Addicted.

Naomi Campbell – Naomi Elaine Campbell remains one of the world’s most sought after supermodels well into her 40s, a feat almost unmatched in the fickle fashion industry. Born in Streatham, South London, to a single mother of Chinese-Jamaican descent, she made her debut at seven in the music video for Bob Marley’s 1978 hit Is This Love? At 15, while still a high school student, she was scouted while window-shopping and her career took off immediately as she made the cover of British Elle before her 16th birthday. She was one of the first to earn the title ‘supermodel,’ along with Christy Turlington, Linda Evangelista, Cindy Crawford, Claudia Schiffer and Kate Moss, collectively known as the ‘Big Six.’ Campbell has walked the runway for fashion’s elite designers and graced many a magazine cover, making history in several cases – for instance, she was the first black woman to cover French Vogue and American Vogue‘s September issue. Campbell has also taken her talent and experience to the screen, appearing in a number of movies and TV shows, and is also a mentor and executive producer of the model search reality show The Face. She is also an author and released an album, babywoman, in 1994.

Carly Cushnie – Cushnie, born to Jamaican parents in London, took the fashion world by storm in 2009 when the collection she designed with partner Michelle Ochs was immediately snapped up by Bergdorf Goodman. The two had met while studying at Parsons School of Design in New York. Cushnie et Ochs, their boutique label is now famous for its sexy, strong yet minimal aesthetic, which has found a following in Hollywood, worn by the likes of Jessica Alba, Lupita Nyong’o, Kerry Washington, Rihanna, Reese Witherspoon, Alicia Keys and First Lady Michelle Obama. Cushnie et Ochs was named a CFDA/Vogue Fashion Fund Finalist in 2011, won the 2009 Ecco Domani Award and was nominated for  the 2013 CFDA Swarovski Award. In 2012, Cushnie topped Forbes magazine’s 30 Under 30 list in the Art & Style category.