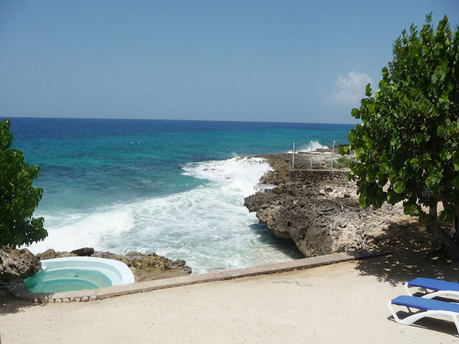 Jamaica is currently caught in the grips of a severe drought, said to be caused by the effects of climate change, coupled with the El Niño phenomenon that occurs when a vast pool of water in the eastern tropical Pacific Ocean becomes abnormally warm. These conditions cause the Caribbean to become warmer and drier as we experience below-normal rainfall. In fact, El Niño is known to prevent the development storms or hurricanes.

The drought has wreaked havoc on the farming community and we now know that low levels at the two main catchment facilities in the Corporate Area (Mona Reservoir and Hermitage Dam) have dwindled to about one month’s supply. No, you did not misread that. The National Water Commission (NWC) reported that there is really only one month’s supply of potable water available for Jamaicans living and/or working in the Corporate Area. Jamaicans are all looking for solutions as the conditions continue to worsen.

This is not the country’s first go-round on the drought-mobile, as we face similar conditions just about every summer, with varying degrees of severity. The same trio of solutions is generally offered by the relevant authorities:

This last option always come with the caveat that it is expensive, which is perhaps why no desalination plant has yet been built in Jamaica, even though former NWC president EG Hunter spoke of plans to construct one near Ferry, St Catherine, in 2006. Desal plants are in the news this year following Opposition MP Dr Ken Baugh’s call to look to the sea earlier this month. So, let us diG deeper into the possibilities.

According to the International Desalination Association (IDA), desalination (also called desalinisation, desalting, or desal for short) is the process of removing dissolved salts from water, thus producing fresh water from seawater or brackish water. Desal also removes other minerals and pollutants.

How does desal work?

There are two main processes used in desal: distillation and reverse osmosis. According to an article on the Organisation of American States (OAS) website, distillation is the oldest and most commonly used method of desalination. It is a phase separation method whereby salt water is heated to produce water vapor, which is then condensed to produce freshwater. You can read more about this process here.

In the reverse osmosis process, semi-permeable membranes and pressure are used to separate the salts and impurities from the seawater. Water from a pressurised saline solution is separated from the dissolved salts by flowing through a water-permeable membrane. The remaining feedwater continues through the pressurized side of the reactor as brine. You can read more about this process here. 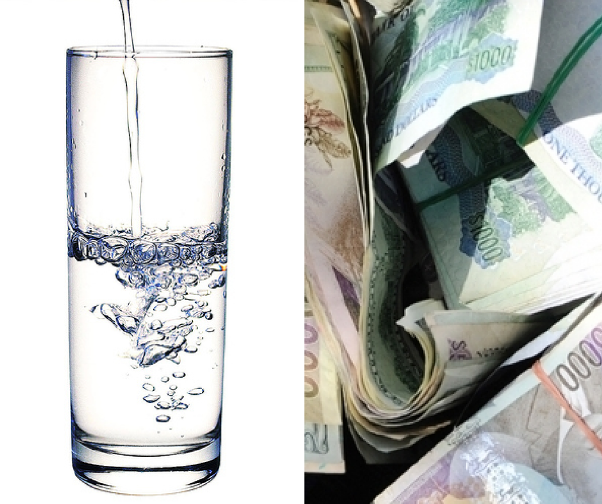 The pros and cons

The biggest pro is that there is a virtually inexhaustible supply of saline or salty water as Jamaica is surrounded by the Caribbean Sea. According to athirstyplanet.com, approximately 97 per cent of the world’s water is saline, leaving very little fresh water to accommodate all of the global population’s water needs. Thus, desalination can help relieve the stress on our existing conventional surface and ground water sources.

The biggest con, as mentioned before, is the cost. In a 2010 Gleaner article on drought planning and resource management, contributor Vallana Hill states, “large-scale desalination typically uses extremely large amounts of energy as well as specialised, expensive infrastructure, making it very costly compared to the use of fresh water from rivers or groundwater.” An April 2013 Bloomberg article, which quoted a Pacific Institute study, revealed that energy accounts for as much as half of the costs of operating a desal plant: on average, a typical desal plant uses about 15,000 kilowatt-hours of power for every million gallon of fresh water produced. Considering the fact that Jamaica has one of the highest electricity production costs in the world (currently between 40-41 US cents per kW-h), this would indeed be a rather expensive undertaking. We are also under a number of strict conditions due to our deal with the International Monetary Fund (IMF), and since that makes no provisions for external economic shocks such as natural disasters, a desal plant is basically akin to a luxury item at this point. And we haven’t even factored in the costs of maintenance and repair for the plant’s equipment.

However, the WateReuse Seawater Desalination Costs White Paper concluded that the cost of reverse osmosis desalination has taken a downward trend in overall costs in recent years, and technological advances will only continue to bring costs down even further.

We should also take into consideration the environmental costs. The Pacific Institute declares that fish and other marine organisms are killed on the intake screens and those small enough to pass through, such as plankton, fish eggs, and larvae, are killed during processing of the salt water. Another major concern is the disposal of the highly concentrated brine, which typically ends up back in the sea.

Which countries use desal?

According to the IDA, there are more than 17,000 desal plants in 150 countries around the world. These countries include Abu Dhabi, Algeria, Australia, Cyprus, Israel, Singapore, the United Kingdom and the United States (Florida, California, and Texas). Here in the region, Aruba, Barbados, the Bahamas, Curaçao and Trinidad and Tobago all make use of desalination plants. In fact, according to the Caribbean Desalination Association (CaribDA), Curaçao has been producing fresh water from seawater by means of evaporators since 1928, making the Caribbean among the first regions in the world to practice desalination.

So, now that you have some facts, what do you think, diGgers? Should Jamaica consider building a desalination plant, despite the costs? Will the benefits outweigh the costs in the long run? Do you think a plant should have been built long ago? Let us know what you think in the comments below or on Facebook or Twitter. We look forward to hearing your thoughts!