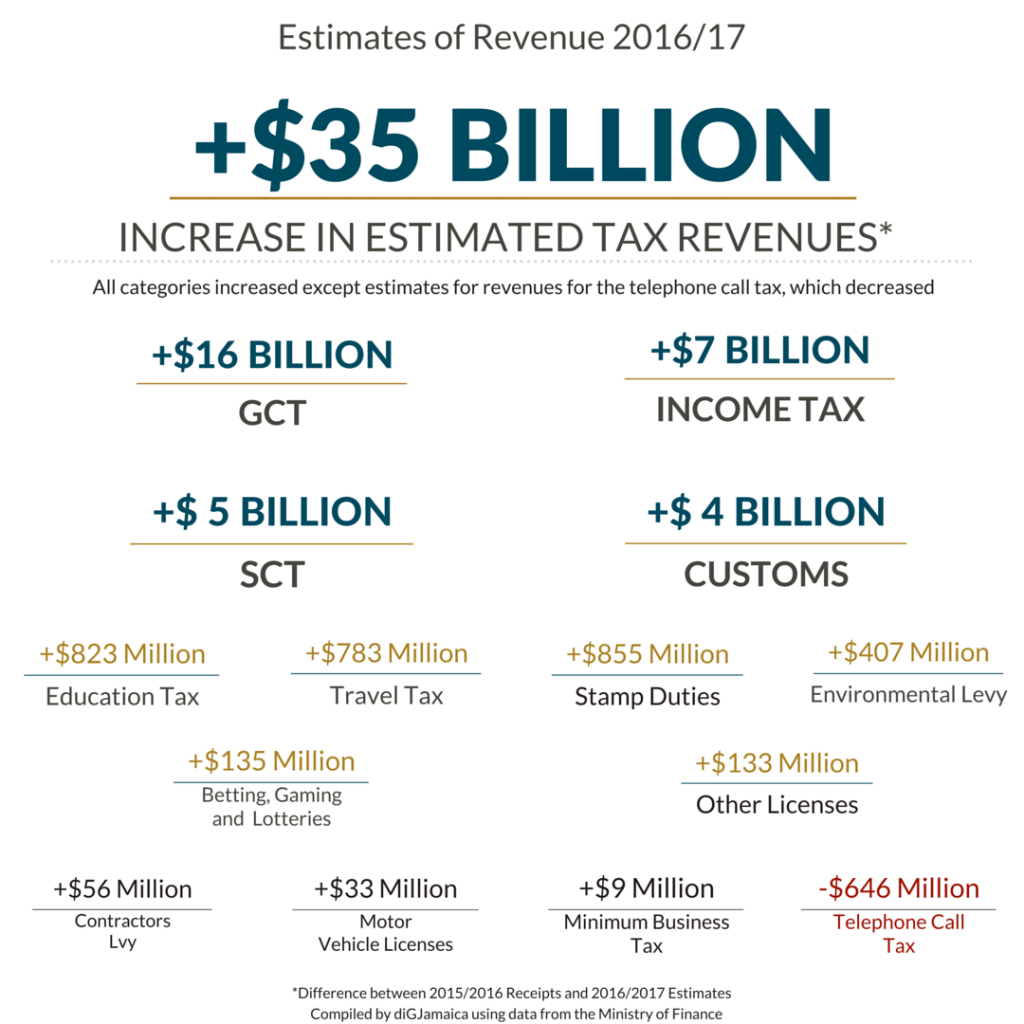 Below find a table listing the estimates of tax revenues for each category of taxes collected by the GOJ. The table shows:

The table is sorted by the category ‘Change’ from largest to smallest in terms of dollar amounts.

From the table a few takeaway points:

As #BudgetDebate2016 proceeds, diGJamaica will continue to provide relevant data. Look out for more.