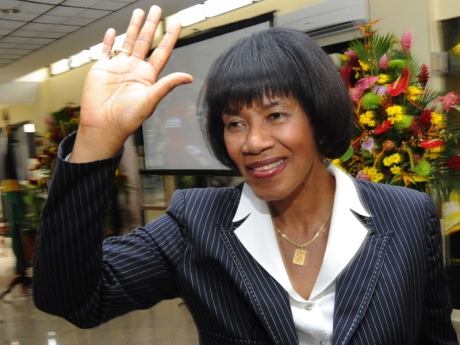 Madame Rose Leon – The late Madame Leon was the first Jamaican woman to become a government minister, and the only Jamaican to have served in both a JLP and PNP Cabinet. She joined the JLP in 1944, was elected chairman of the party in 1948, and won her first election in 1949, taking stewardship of the Western St Andrew seat, which she held for eight years. In 1953, she was appointed Minister of Health and Housing. In 1960, she left the JLP but was unsuccessful as an independent candidate. In 1967, she joined the PNP and won a seat in the local government election in 1969. She served as chairman of the Kingston and St Andrew Corporation (KSAC) Roads and Works Committee and deputy mayor of the KSAC in 1971, before retiring in 1980.

Portia Simpson Miller – Portia Lucretia Simpson was born on December 12, 1945 in Wood Hall, St Catherine. She rose from humble beginnings to create history as Jamaica’s first female Prime Minister in 2007. She was again elected PM at the 2011 national polls. Simpson Miller served for 17 years as a Cabinet Minister with portfolio responsibility for Labour and Social Security, Tourism, Local Government, Community Development and Sport, at different times. Simpson Miller holds a certificate in advanced management from the University of California at Berkeley; a certificate of participation in the Executive Programme for Leaders in Development at the John F Kennedy School of Government at Harvard University; a certificate in public relations and advanced management from the Institute of Management and Production (IMP) and a bachelor’s degree in public administration from Union Institute and University in Miami, Florida. She was conferred with the Order of the Nation in May 2006. Read more about this well-loved history-maker here and here.