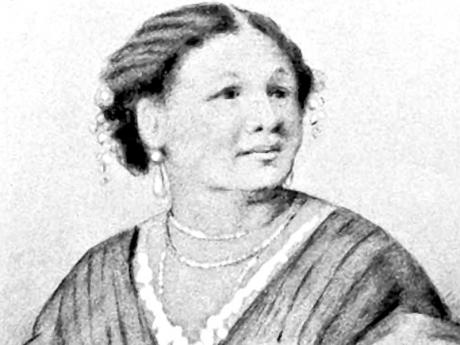 Dr Camille Bowen-Forbes – Lecturer in the Department of Chemistry, Dr Camille Bowen-Forbes, has a strong interest in food chemistry and its practical applications, which has led to her investigation of exotic Jamaican fruits and their phytochemicals. Her publication on the topic resulted in her receiving the 2010 Principal’s Award for the Best Research Publication in the Faculty of Pure & Applied Sciences. Dr Bowen-Forbes’ research has the potential to lead to the discovery of new plant sources that may be useful in the treatment of diseases as well as the development of value-added food products. Read more about Dr Bowen-Forbes’ work here.

Dr Marcia Roye – Science has unlocked many doors for Marcia Roye, who has a PhD in molecular virology and lectures in biotechnology at the Faculty of Pure and Applied Sciences, University of the West Indies, Mona. In 2011, she created history when she became the first Jamaican to receive the L’Oreal-UNESCO Special Fellowship Grant, to mark the centennial of Marie Curie’s Nobel Prize in Chemistry. Marie Cure is the first woman to have won a Nobel Prize and the only woman to have won in two different sciences, Chemistry and Physics. Dr Roye grew up in South-west St Elizabeth, where she attended Hampton School. Her research has resulted in the identification of more than 24 viruses associated with plants such as red pea, broad bean, tomato, scotch bonnet pepper, cabbage and common weeds. She began conducting research in human viruses in 2008 when, along with the Institute of Human Virology of the University of Maryland School of Medicine, she embarked on research in the detection of antiretroviral (ARV) drug resistance of HIV in Jamaican patients. Read more about Dr Roye here.

Mary Seacole – Often referred to as the ‘Black Nightingale,’ Mary Jane Grant was born in Kingston in 1805 to a Scottish army officer and a free Creole woman. Her mother ran the Kingston hotel Blundell Hall at 7 East Street, and was also a ‘doctress’ versed in the use of African herbal remedies, a knowledge she passed on to her daughter. She married Edwin Horatio Hamilton Seacole in 1836. In 1851, she visited her half brother in Panama, where there was a cholera outbreak soon after her her arrival. She pitched in with her expertise, treating the poor for free. On returning to Jamaica in 1853, local medical authorities asked her to minister to victims of a severe outbreak of yellow fever. A few years later, she went to the aid of the cholera-riddled British Army in the Crimean War, but was rejected by the War Office, the Quartermaster-General’s Department, the Crimean Fund, and Florence Nightingale’s organisation. She eventually set up her own operation, the British Hotel (fondly known as Mother Seacole’s Hut), a few miles from the battlefront, where she treated soldiers from both sides of the war. Read more about Seacole here and here.

Dr Cicely Williams – Dr Williams was born at Kew Park, Darliston, Westmoreland and grew up to become a pioneer in the field of paediatrics. Her father is said to have told her, when she was nine years old, “You’ll never find a husband, my dear. You had better go to Oxford when you are old enough and learn to be a lady doctor.” She eventually took his advice in 1916, posthumously, after she had started taking First Aid and nursing classes that during the outbreak of World War 1 in 1914. She was one of few females admitted due to the scarcity of male students caused by the war. Dr Williams was directly responsible for initiating a worldwide campaign against the use of sweetened condensed milk as a substitute for breast milk and for the diagnosis of the dreaded childhood nutritional disease, kwashiorkor. Read more about Dr Williams here.