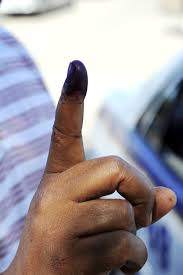 February 25th marked the end of one party’s run in office and heralded the arrival of another. The Jamaica Labour Party (JLP) won the country’s 17th general election with a 33- 30 seat victory over the People’s National Party’s (PNP). The last time the JLP was in power was in 2007-2011. Here are some of the 2016’s Jamaican election firsts.

Political Matrimony – Andrew and Juliet Holness both won their seats, making history in the process. They will be the first Prime Minister and spouse to sit simultaneously in the nation’s Parliament. But they are not the first couples to be involved in politics together. Read about the others here.

Sprint to the Finish – Another first goes to Juliet Cuthbert Flynn who is now the first Olympian to sit in Parliament. Constituents of St Andrew West Rural gave her the victory last night.

High Expectations –  The 2016 General election had the highest number of registered voters in the country’s history with the November 30 voters’ list recording a total of 1,824,410 registered electors.

Lowest Voter Turnout Percentage – This year’s election however had the lowest voter turnout ever in percentage terms (with the exception of the 1983 election that was boycotted by the PNP).  Of the total 1,824,410 registered electors, only 870, 663 electors voted which represents a 47.7 % voter turnout rate. Check our election turnout by percentage for even more information.