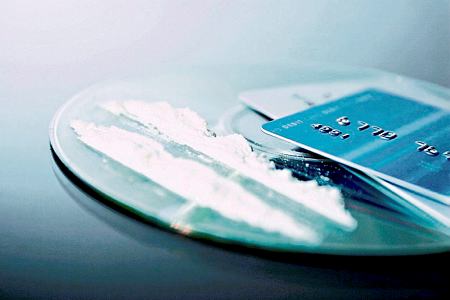 Cocaine is a powerfully addictive drug made from the leaves of the coca plant, which is native to South America. It produces short-term euphoria, energy, and talkativeness, in addition to potentially dangerous physical effects like raising the heart rate and blood pressure.

The drug is used in two ways: the powder is snorted (inhaled through the nose), where it is absorbed through the nasal tissue, or dissolved in water and injected into the bloodstream. Acute tolerance develops quickly. This along with the drug’s strong reinforcement properties, makes it highly addictive.

In low doses, it produces feelings of well being and elation, soon followed by anxiety depression and paranoia. In high doses, it produces rapid respiration, loss of co-ordination, anxiety, paranoia, onset of tremors, nausea, and convulsive seizures.

Click here to read more from the National Council on Drug Abuse.