As of May 31, 2016, a new voters’ list has been established by the Electoral Commission of Jamaica. You can see the full voters’ list here. This is the first update to the voters’ list since the February 25, 2016 general election. Comparing the new voters’ list to the one on which the 2016 election was decided brings up some interesting points: 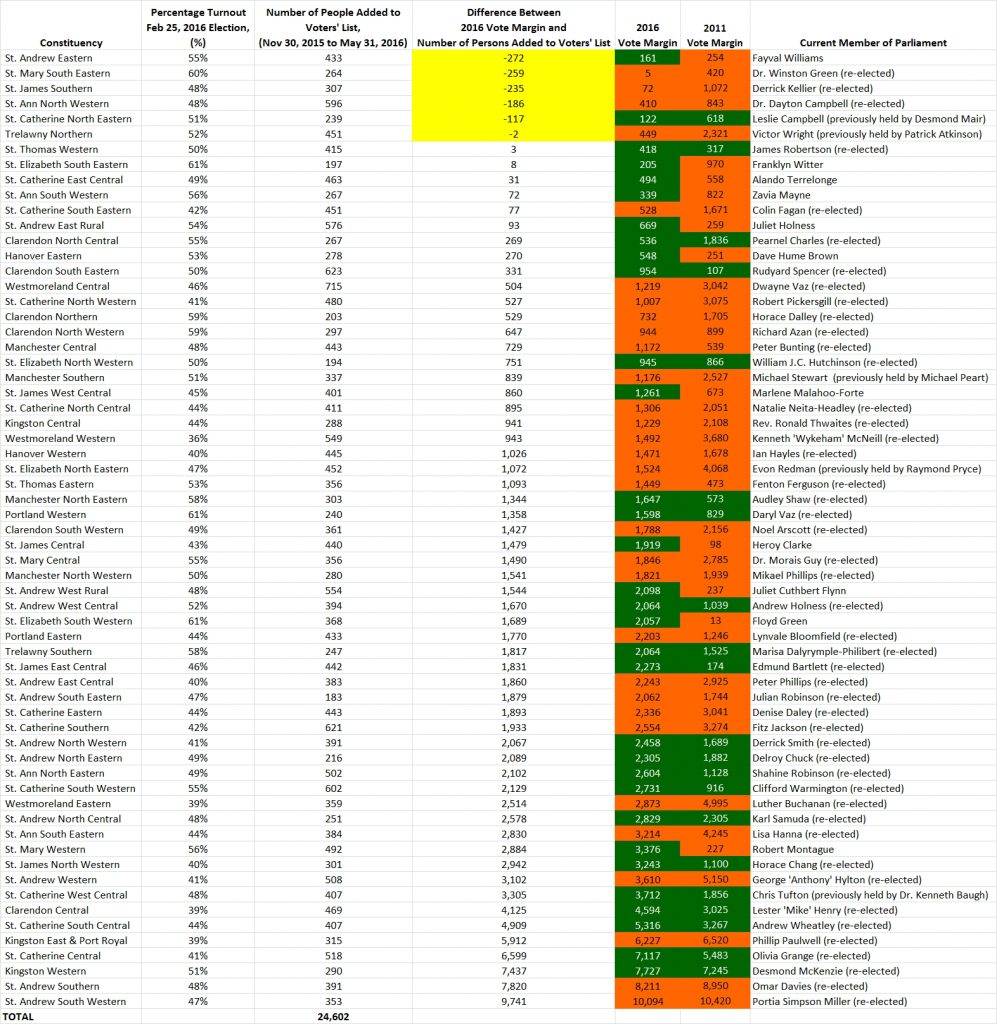 The table above shows:

It is ordered on the difference between the 2016 vote margin and number of persons added to the voters’ list column, from smallest to largest.

Note that voter registration is an ongoing process, with a new voters’ list published every six months (May 31 and November 30). There is a cut off date for registration which is two months before the publication of the voters’ list.

Stay up-to-date with diGJamaica as we continue to report on all election related topics. See past election posts here, A Deeper Look At Election Data and the ECJ’s press release on the new voters’ list here.