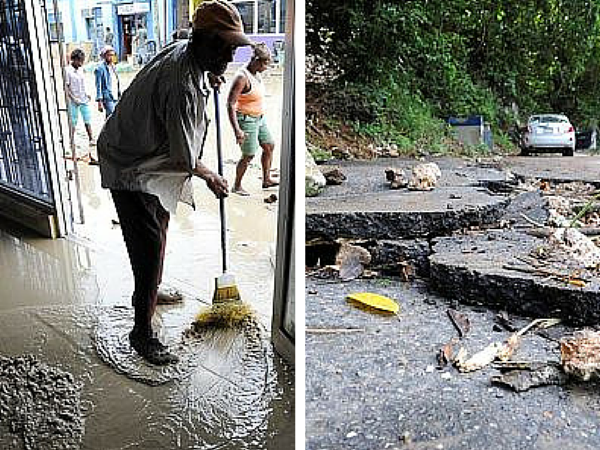 According to the Office of Disaster Preparedness and Emergency Management (ODPEM), a flood is the most common natural hazard in causing loss of life, human suffering, inconvenience, widespread damage to buildings, structures, crop, infrastructure, and other national assets.

Severe weather conditions which lead to intense rainfall such as tropical depressions and hurricanes often lead to flooding. It’s important to keep this in mind as we are currently in the hurricane season.

There are four types of flooding that affect Jamaica and the wider Caribbean:

Flooding is also a natural feature of drainage systems and of rivers and streams.

Persons who live close to these areas are urged to be on the alert in case of a disaster as they are most vulnerable to flooding.