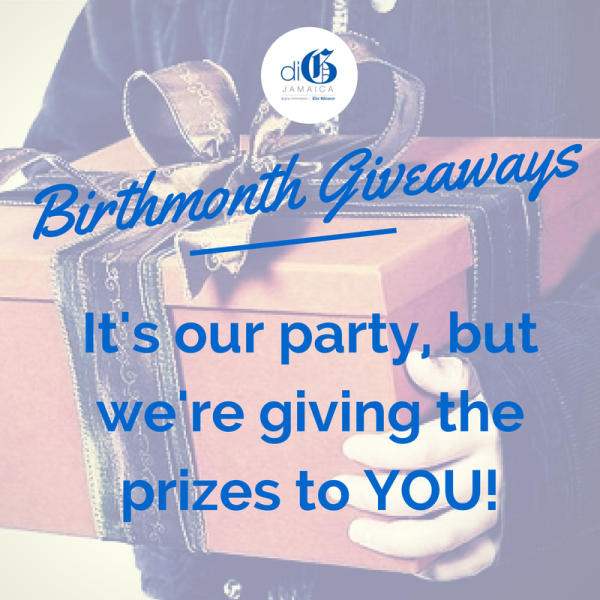 Jamaica celebrated her golden anniversary of statehood two years ago, and to mark the momentous occasion, The Gleaner Company launched diGJamaica.com as a free gift to the people of the nation. We marked our second anniversary on Emancipation Day, August 1, but we’re carrying the celebrations through the rest of the month with our Birthmonth Giveaways. That’s right: It’s OUR party, but we’re giving the prizes to YOU! Just think of us as the gift that keeps on giving.

Winning one of these prizes is pretty easy. We’ll post a question on our Facebook and Twitter pages on Wednesdays and Fridays at 1pm and all you have to do is be the first to answer correctly to win. There will be four winners each week, two from Facebook and two from Twitter. See the rules below: