Each writer’s creative process is different. Some need long strolls on moonlit beaches to find their muse, while others require the hustle and bustle of busy city life. Jamaican author, Melanie Schwapp, has published two books, Lally-May’s Farm Suss (2007), a children’s book about farming in Jamaican country; and Dew Angels (2011), a young adult novel exploring issues of race and identity. Dew Angels received the Words on Wings Book Award for the most remarkable young adult fiction. Melanie took a minute to share with diGJamaica about her writing process.

On her favourite authors

Melanie’s favourie authors are Toni Morrison and Chimamanda Adichie. Her favourite book when she was a little girl was A Woman of Substance by Barbara Taylor Bradford.

“I started writing from an early age. I’m from MoBay.  I went to a school where I was the only girl with two brothers. And I wrote when they were up to their antics. In school, I was strong with anything to do with writing. When I went to St Andrew High School sixth form, one of my teachers told me that I was strong as a writer, and encouraged me. [But] It wasn’t until I was in college, and started to experience problems with colour prejudice that I began to hone in on my writing.”

On inspiration to write

Because of her own experience with colour prejudice … “I wanted to write for my children, to empower them, to give them a story that they could relate to. So I decided to write stories for them to identify themselves in. That’s how I came up with Lally May.” It was her children who suggested that she publish the Lally May stories as well. The rest, as they say, is history.

She also attributes her strong writing to the level of animation with which her family related stories to each other: “My mother has five sisters and I grew up in a house where, often, everybody was talking at the same time. We always had animated discussions going on. So when I went out, I would notice things that other people didn’t to describe it when I went home.” 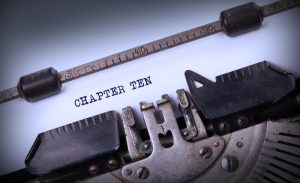 On the writing process

“I feel the books in me before I even start to write. The process is based on life: things that happen to me and bring me joy. The process is part of my day. While writing Dew Angels, I would drive to public places in my car, wind down the window and get a feel of the conversations going on around me. A lot of my creative time was in the morning, about three o’clock.”

On inspiration for characters

“You write what you know, and what has influenced you. … Every character in my book is a culmination of all kinds of people in my life. I don’t realise I’m doing it until afterward when my children [for example] are reading the story and saying, ‘this one is this person’, or ‘this character is that person’, then I’m like, yes, it’s true.”

On challenges while writing

Dew Angels took seven years to write. Melanie explains that there were times when, for whatever reasons, she had to step back from her work. And, yes, she experienced writers’ block as well. She says: “But coming back after distancing yourself from it … it did have a positive impact at times”. She was able to approach her story with new perspective and a fresh set of eyes. She was also “very hesitant to write some things”, especially pertaining to Jamaica: “Sometimes, when I was writing something negative, I didn’t want to mar the image of Jamaica.”

Regarding the language she chose to use in Dew Angels, she says: “I was very conscious of language, because I knew it was a young adult novel and I didn’t want to use language that was going to be harsh and crude. [I had to be careful about] writing in patois, dialect … I wanted people who did not understand the dialect to read it. So I had to be thinking ‘dat’ versus ‘that’ … I had to choose the dialect.”

Regarding Dew Angels, she said: “Oh my gosh! Everybody turned it down! I finally got an offer, but I was paying money. Then a friend asked, ‘why would you pay all this money for someone else to own the book? Why not self-publish?'” So Melanie self-published, and got an independent consultant to assist with the process.

“I paid for publishing of the book: printing and everything. I also had to market it myself. After about three years of the book being out, HopeRoad Publishing in the UK republished it.”

Melanie explains that she has been writing more short stories than anything else lately, and that she hopes to one day have enough short stories to form a collection that she can publish. She also has her blog, Schwapping Around, about which she says: “That’s my joy – just writing about the day-to-day! I think of myself as somebody who lives life and writes about it. I love life, I love people, I try to explain things … . I’m very analytical in living my life … so that’s what I write.”