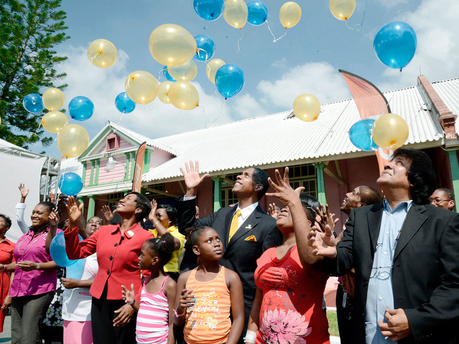 Thousands of Jamaicans flocked to the King’s House lawns on Saturday, January 4, for the fourth staging of the Shaggy & Friends benefit concert, in aid of the Bustamante Hospital for Children (BHC). According to Shaggy, the turnout was easily the largest number to date, with tickets sold out long in advance – no doubt in anticipation of The Voice winner Tessanne Chin’s performance. To date, the Shaggy Make A Difference Foundation has raised approximately US$1 million dollars for the hospital, through the concert and local and international donations.

The aim of the concert this year was to raise enough funds to furnish the first catheterisation laboratory for children in the English-speaking Caribbean. The lab, which will be used to enhance the doctors’ diagnostic capabilities, is part of the hospital’s new cardiac centre, which is slated for completion by the end of February. The 10-bed, $150-million centre will also be equipped with a lab for minor surgery, and support area for staff that includes counselling rooms and conference rooms for teaching purposes. This facility will be a critical resource at the hospital, as there are 400 to 500 Jamaican children born each year with congenital heart disease. Half of this number will need some corrective procedure, either via open heart surgery or catheter intervention. Last year, Minister of Health Dr Fenton Ferguson pointed out that the BHC has an extensive waiting list of at least 150 children for cardiac surgeries, with new patients added each year.

Members of corporate Jamaica have rallied to the aid of the only hospital dedicated exclusively to children in the English-speaking Caribbean. The new wing is being built under a public-private partnership agreement between the Ministry of Health/South East Regional Health Authority (SERHA), Chain of Hope UK, Digicel Jamaica, Sagicor Investments Limited, Gift of Life District 7020, the Caribbean Heart Menders, Congenital Heart Institute of Florida, and the Rotary Club of Downtown Kingston.

Even if you were unable to attend the benefit concert, where ticket costs ranged from $5,000 (silver), $10,000 (gold) and $20,000 (platinum), you can still get involved and contribute to the cause. See the flyer below for five ways to donate, whether you are in Jamaica or overseas. 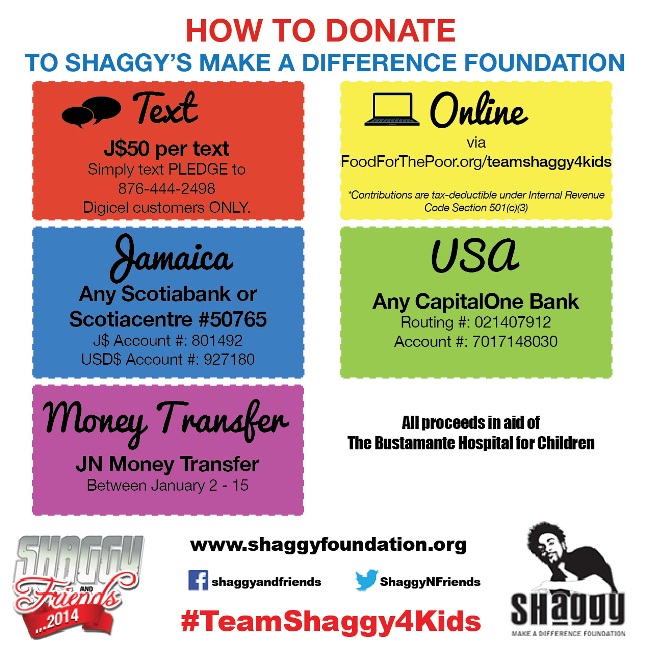