Statistics from the Jamaica Constabulary Force have been released and diGJamaica has visualised them for your consumption. 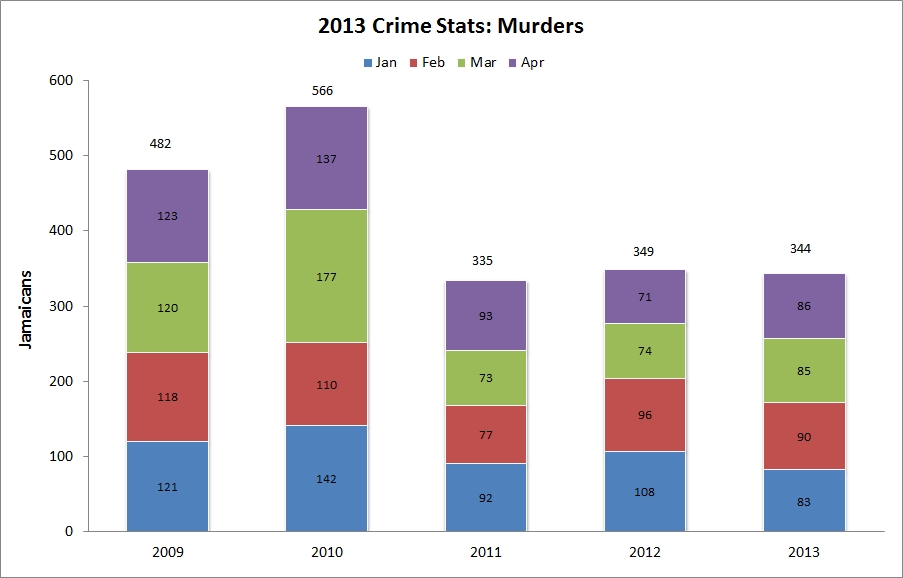 As expected, the majority of murders were concentrated in the main population centres of Kingston, St. Andrew, St. Catherine and St. James.

Interestingly and unfortunately, Trelawny almost has as many murders this year in 4 months (13) as it did in all of 2012 (14). St. Mary is also in Trelawny’s category with 14 murders through 4 months while it only had 19 in 2012. Portland is by far the least likeliest place to be murdered in Jamaica.

Sadly, members of the Police force are also being murdered at the fastest rate since 2010.

With respect to other major crimes, the number of reported shootings is down 1.8%, but still well in excess of 3 shootings per day.

To the JCF’s credit, robbery is the ONLY category of major crime that has shown an increase. The increase through April is shown below and represents 3.5% over the same period in 2012. Still, this represents 7 reports of robbery per day. 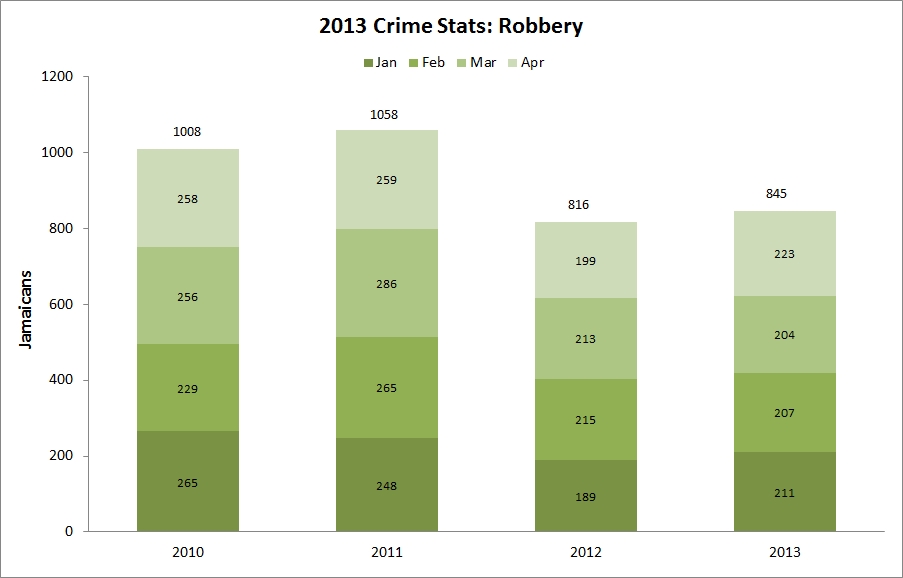 Whether we should commend the Police, awareness, or something else for the number of rapes reported falling by 38%, diGJamaica is just happy that the number is falling. We just hope it is not for a lack of reporting. We thank the Police, as whatever they are doing seems to be working in this aspect of major crime and encourage them to keep up the good work. The January to April figure of 193 still represents just under 2 rapes reported per day.

Impressive improvement has also been seen in the improvement in the number of reported break-ins. They have decreased by 25% when compared to the January to April period of 2012. Kudos to the Police force for this marked improvement once again. We expect the Police to keep working in this area as they have good momentum and the figure represented in the graph below still indicates more than 6 break-ins per day.

There is a lot of work still to be done. diGJamaica thanks the Jamaica Constabulary Force for releasing crime data in a timely and orderly manner.