COVID-19 Official Press Releases and Other Official Information From The Ministry of Health and Wellness and The Minister, Dr. Christopher Tufton 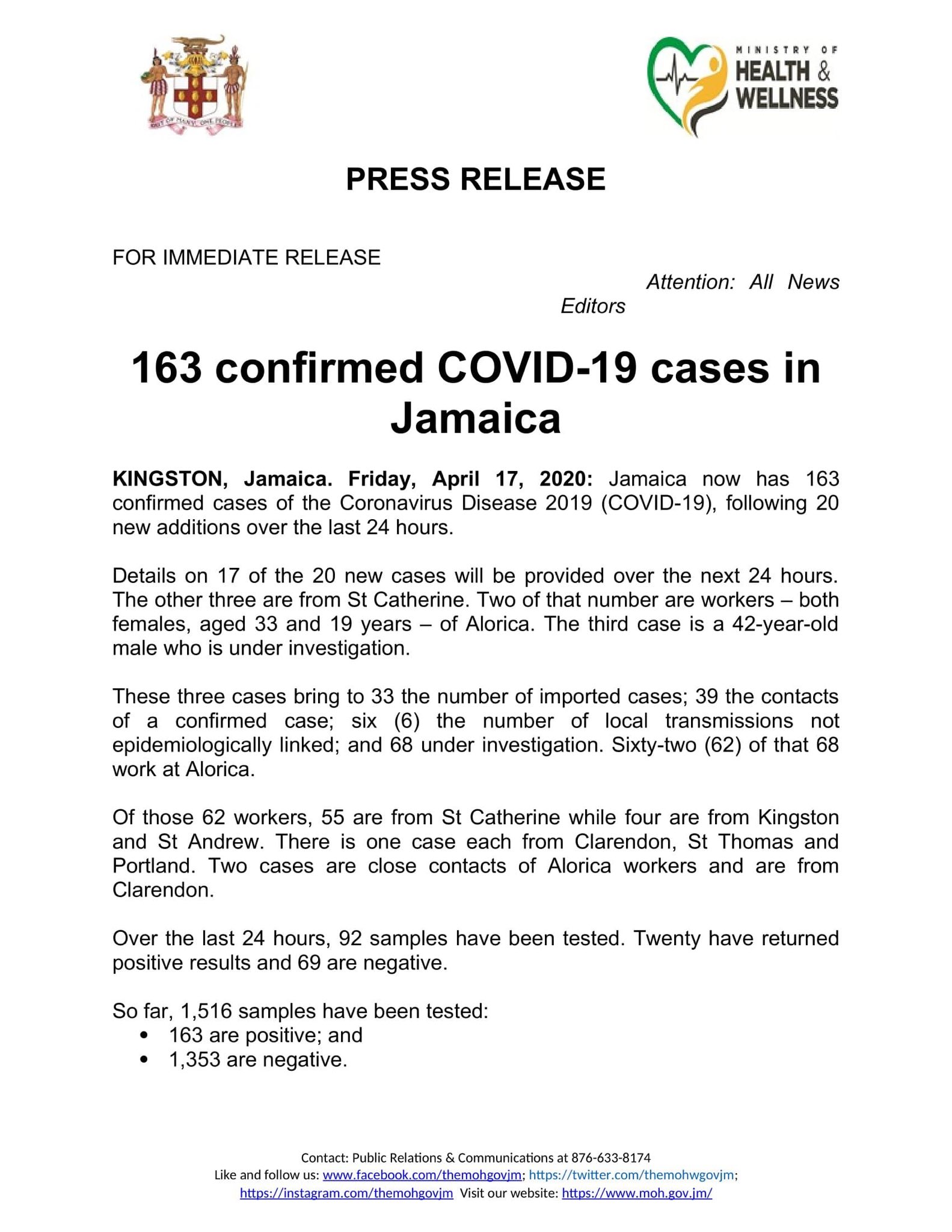 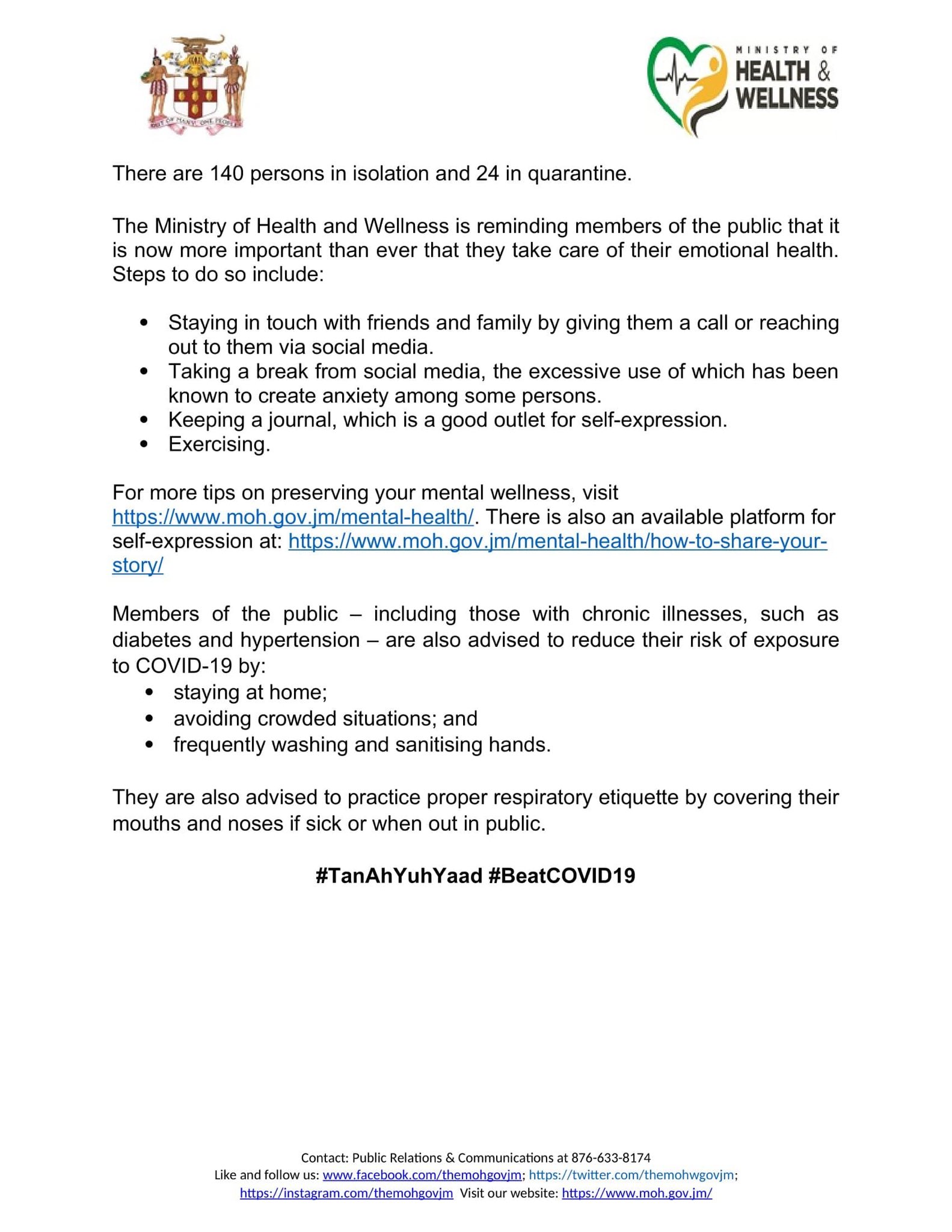 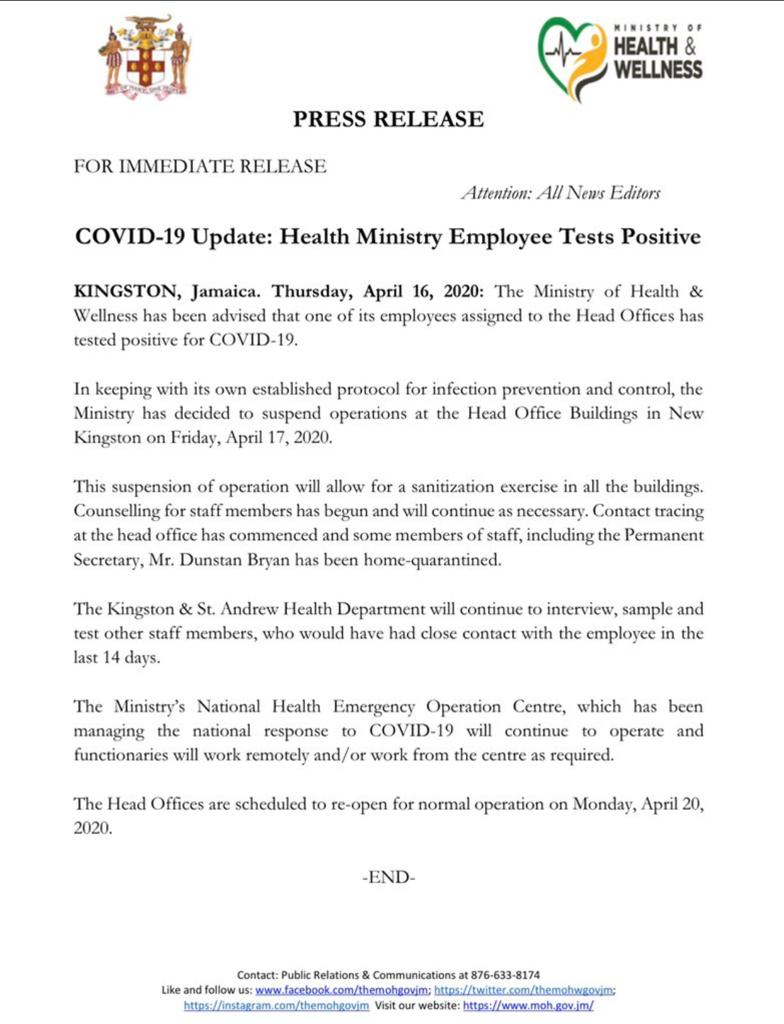 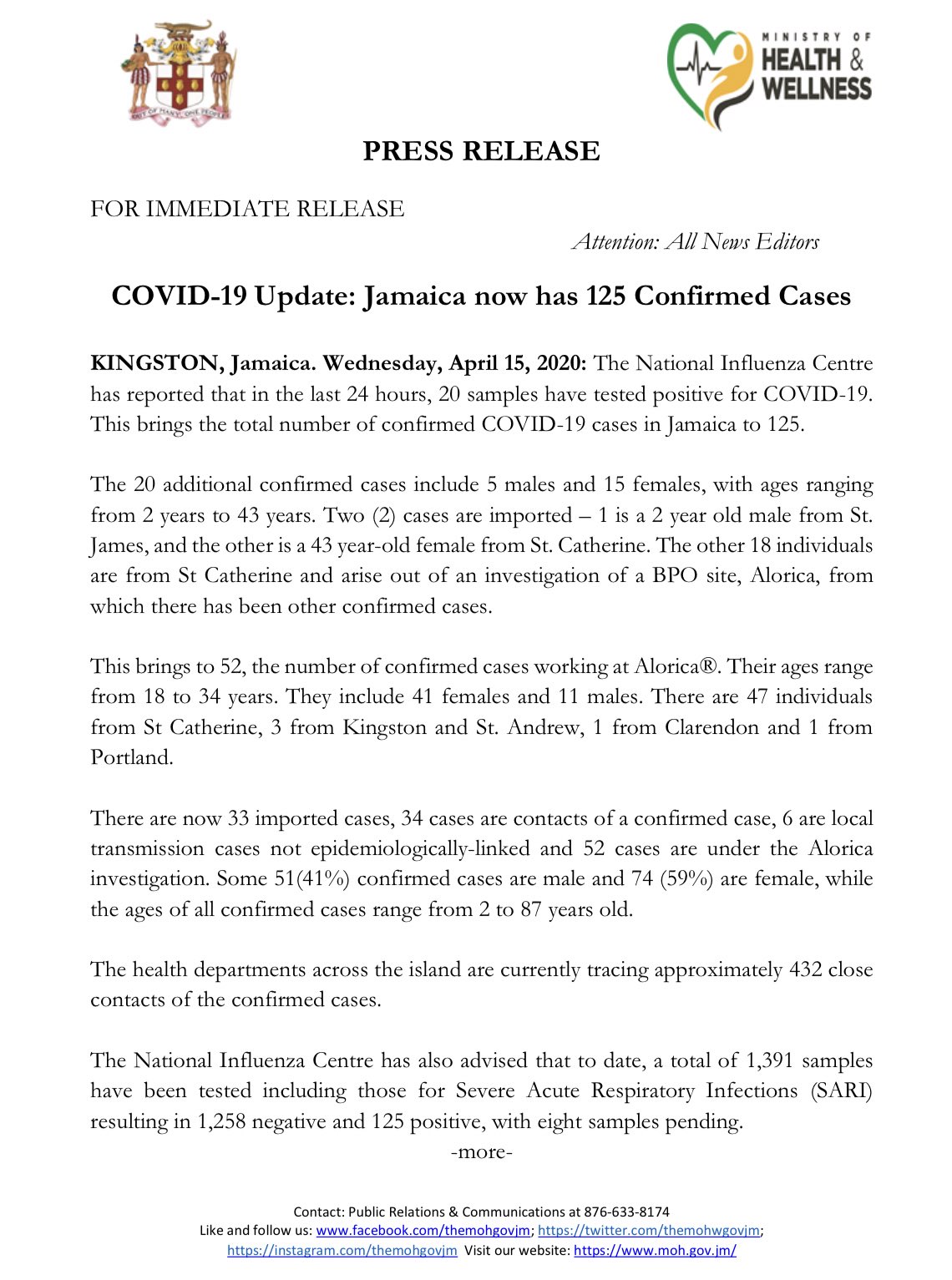 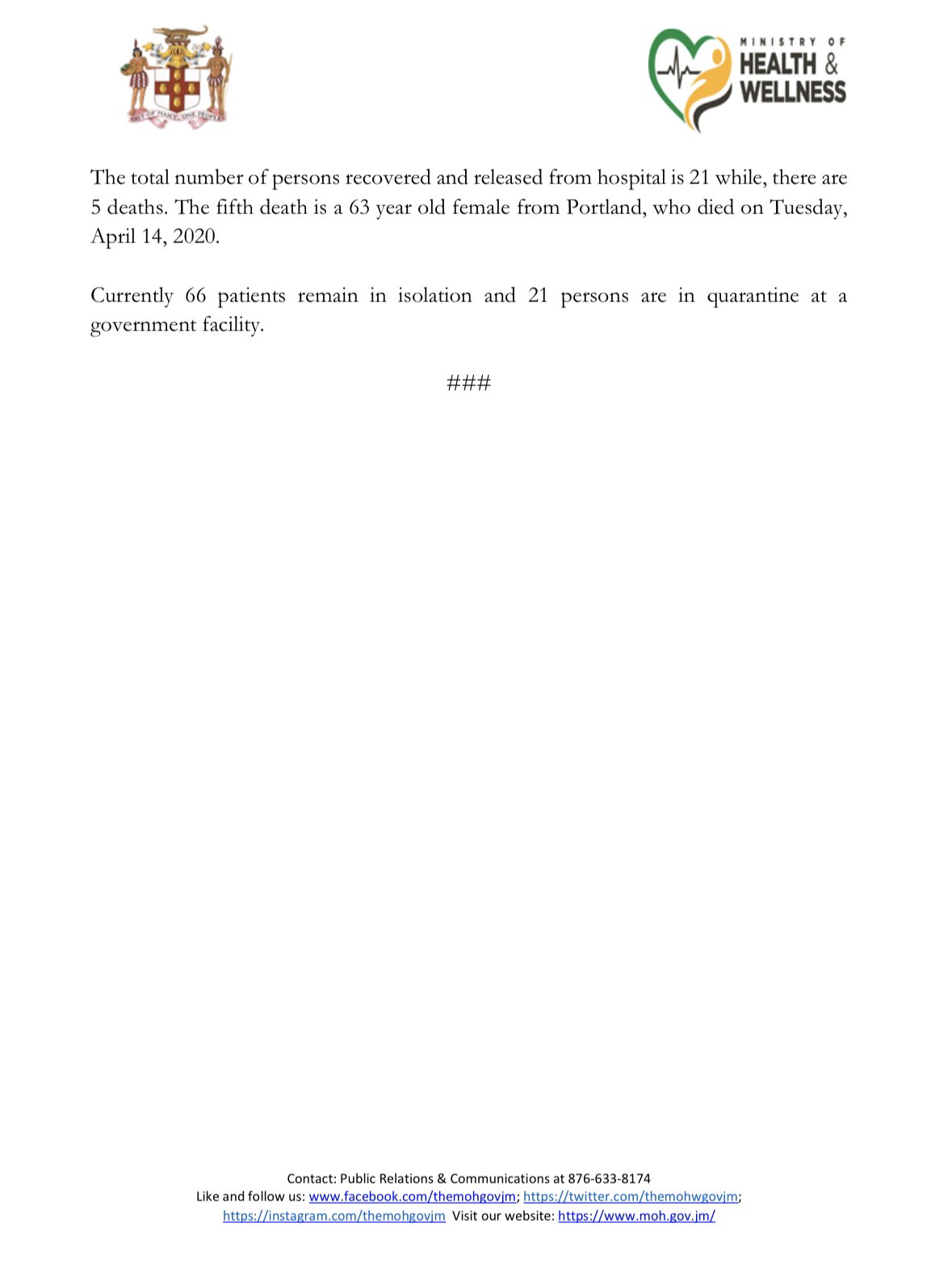 #JaCovid19 Update: THREAD Jamaica now has 105 confirmed cases of COVID-19. This follows 32 new additions over the last 24 hours.
The new cases are comprised of five males and 27 females, who range in age from 19 to 70 years old. The cases are from St Catherine, and Kingston and St Andrew.
This brings to 34 the number of cases under investigation. Of the remaining 71 confirmed cases:
ALORICA INTERVENTION:
✓ 258 individuals have been interviewed and sampled.
✓ 65 tests are now completed.
✓ 33 samples have come back positive.
A senior team from@themohwgovjmvisited the entity at the weekend. The entity has since closed.
Arrangements are now being made for the isolation of the newly confirmed cases. The@themohwgovjmis also working diligently to identify each of their contacts for testing while investigations continue to identify other possible exposed persons.
RECOVERY, QUARANTINE, ISOLATION Currently:

OVERALL TESTING We have now tested 1,290 samples, including:

MOBILE TESTING As has been previously announced, Jamaica is to expand its testing for COVID-19. As part of those expanded testing efforts, the @themohwgovjm will, beginning this Friday (April 17, 2020).. ..begin mobile testing for COVID- 19 in two health regions (the Southeast Regional Health Authority/SERHA and the Northeast Regional Health Authority/NERHA). 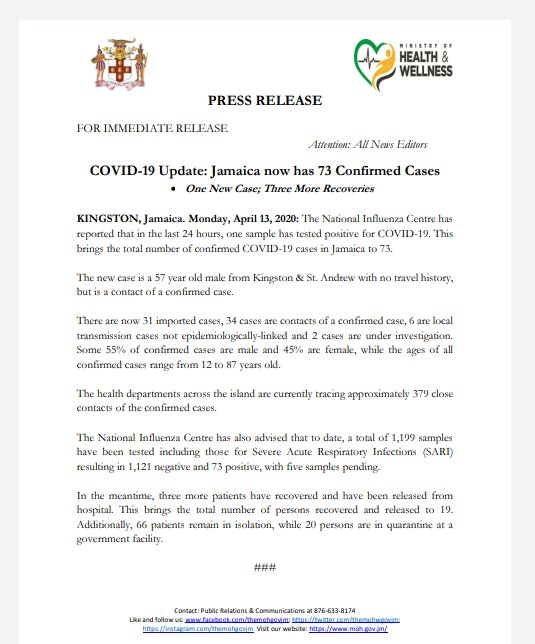 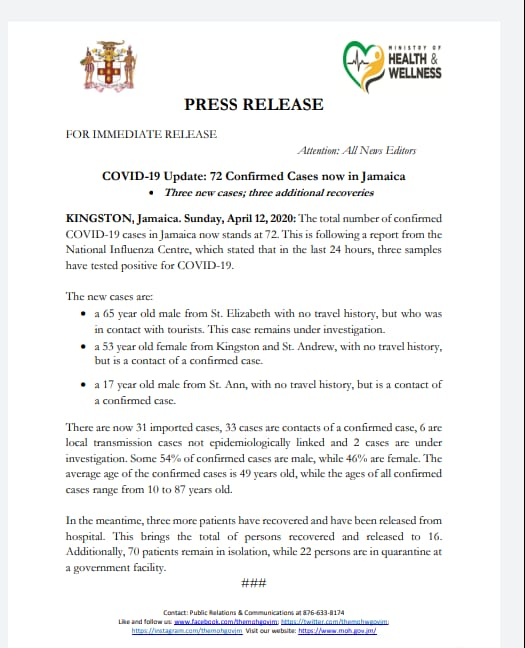 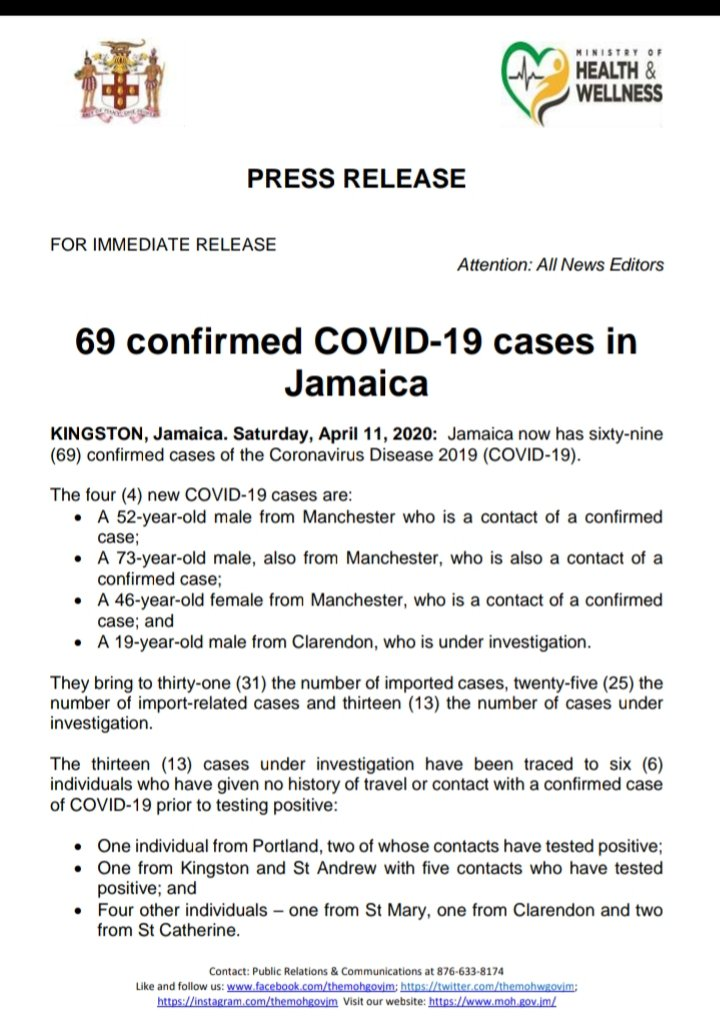 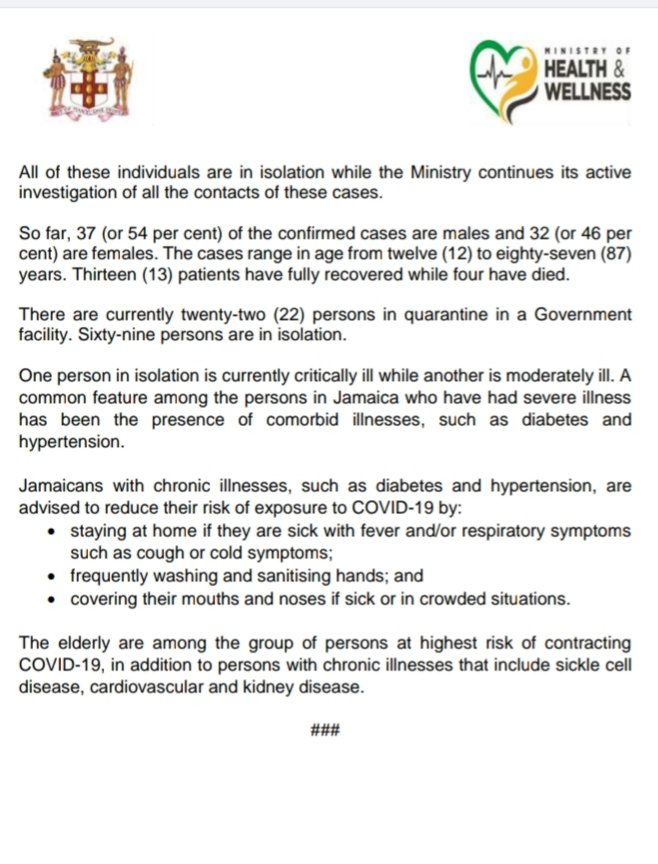 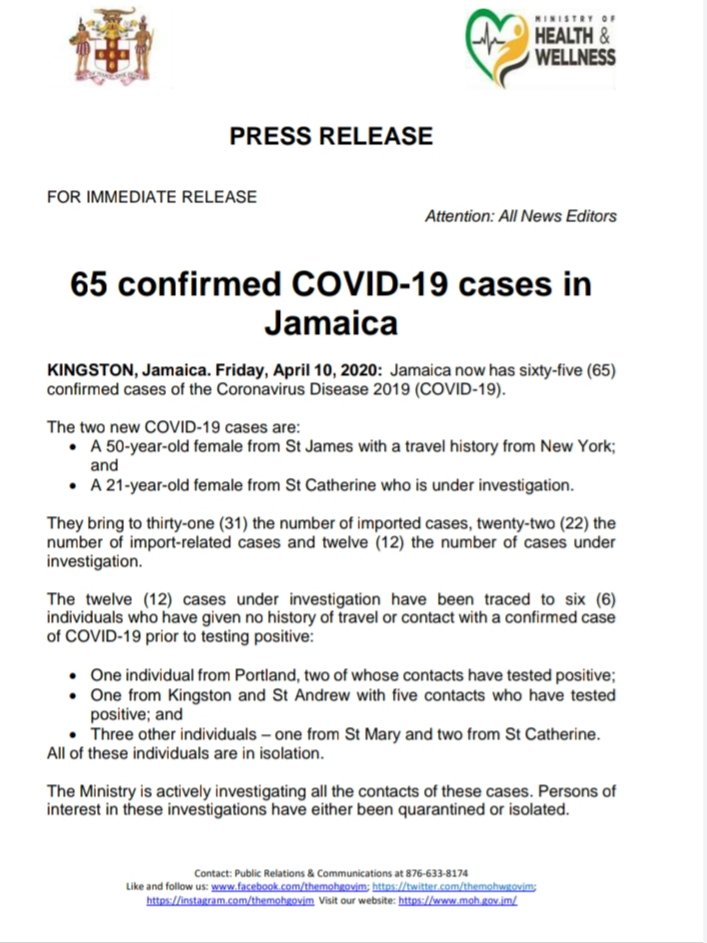 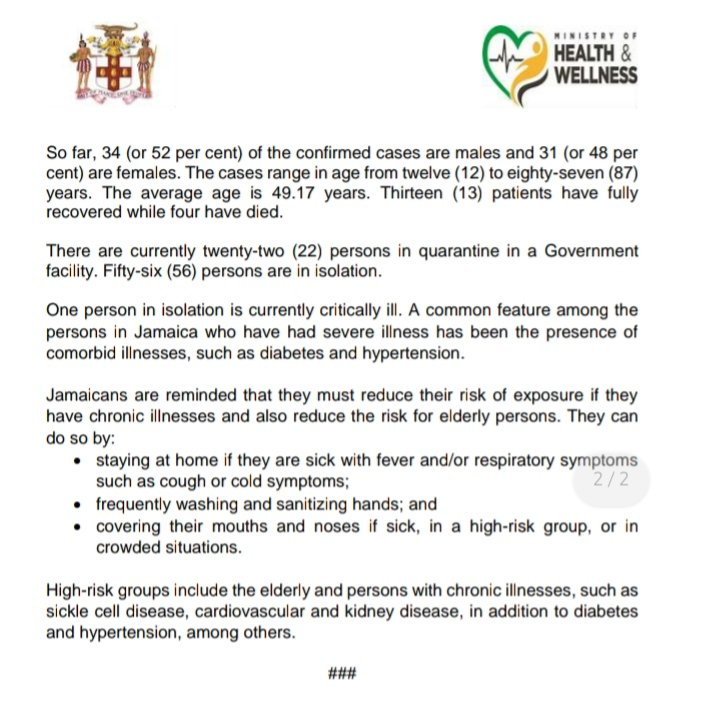 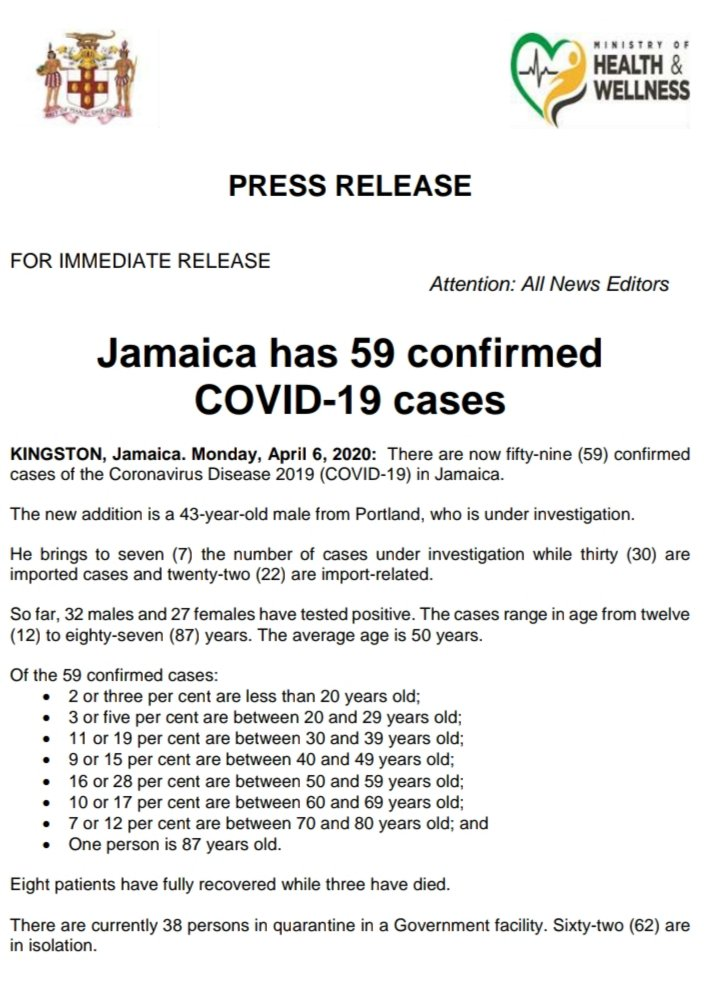 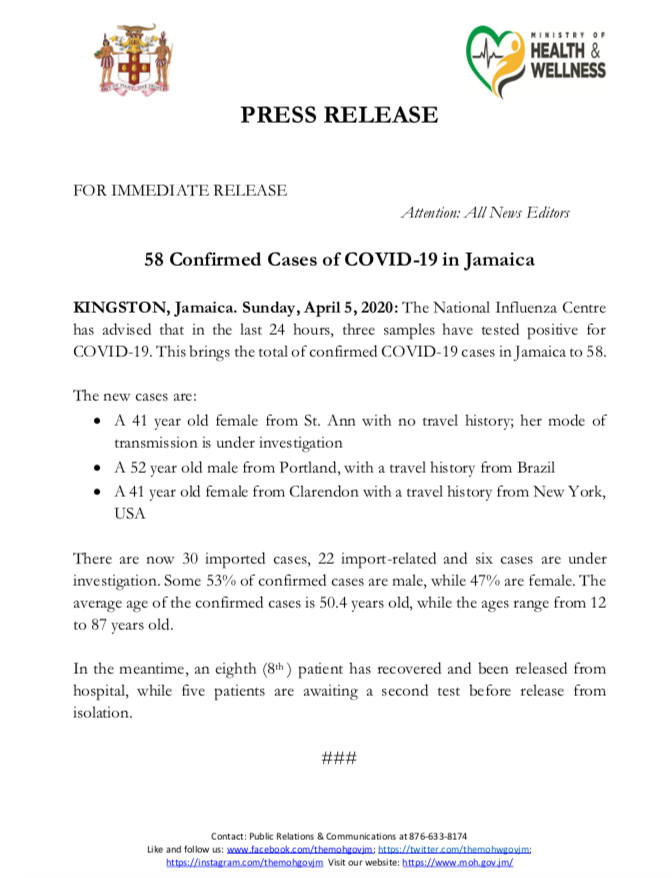 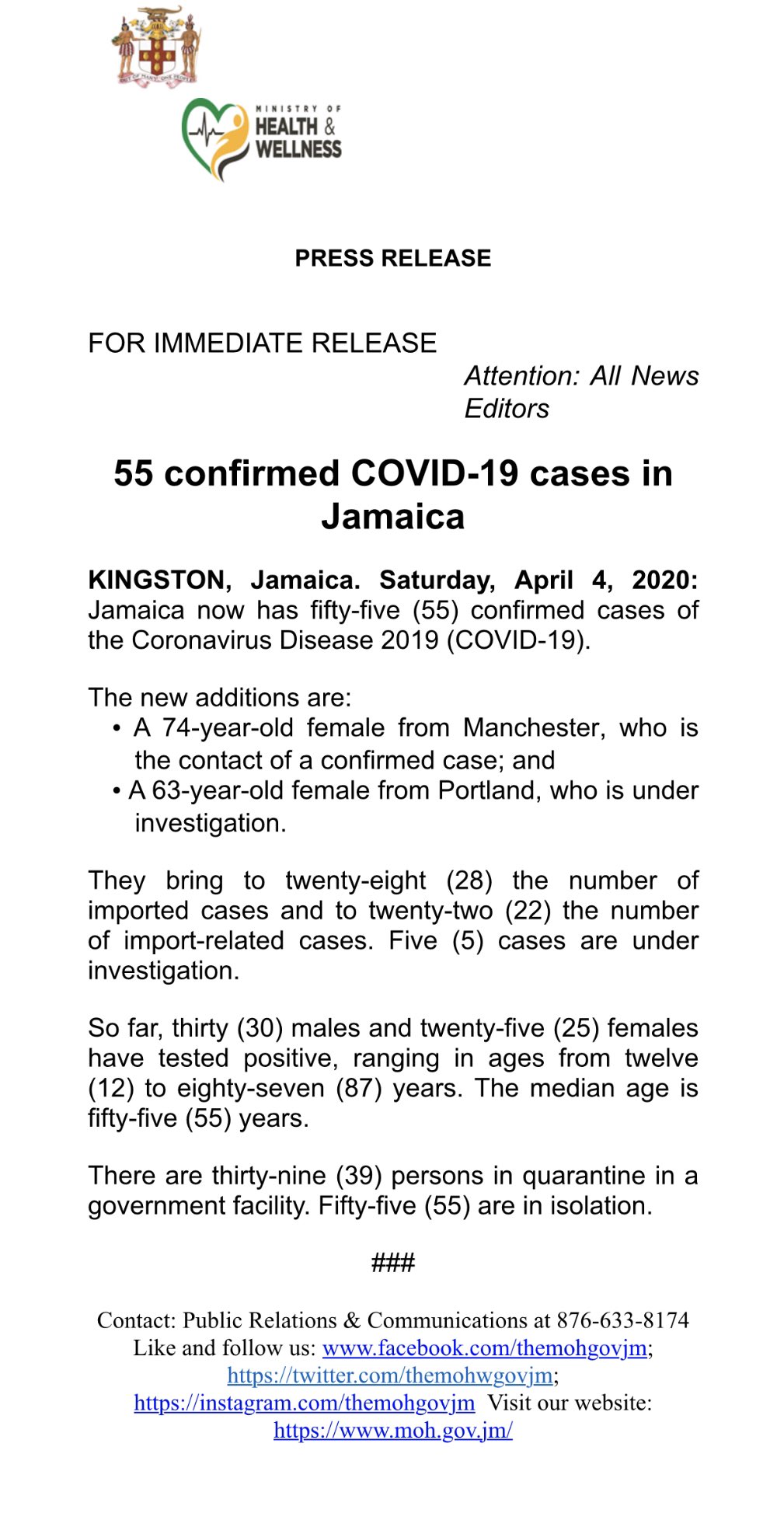 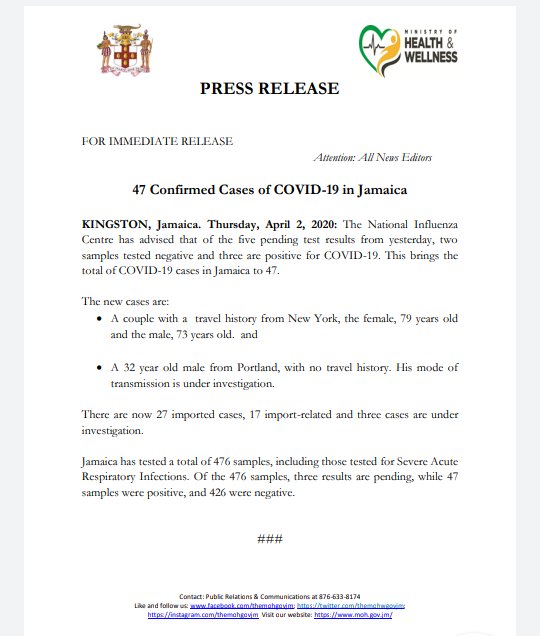