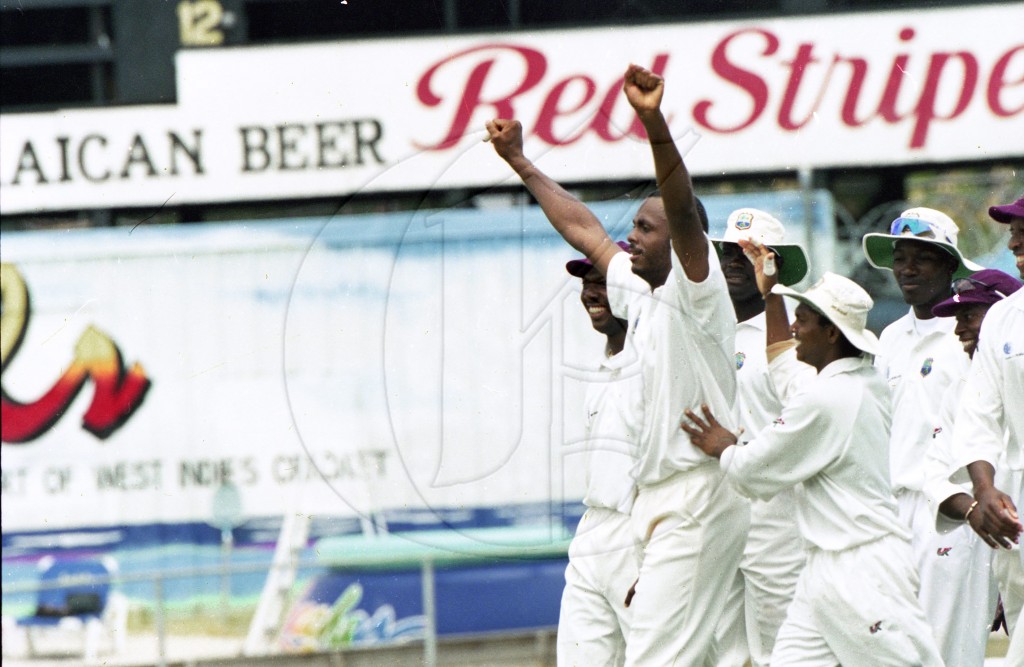 Courtney Walsh rewrote the history books on March 27, 2000, when he dismissed Zimbabwe’s Henry Olonga to capture his 435th test wicket and eclipse the world record previously held by India’s Kapil Dev. The accomplishment was made even sweeter as it was achieved on his home ground at Sabina Park in Kingston. The feat came in his 114th test match.

Walsh, who made his test cricket debut against Australia in 1984, would go on to take another 84 wickets before retiring in April 2001.

In what can only be considered a comic twist, Walsh was no batsman – he has a test record 43 ducks, with a high score of 30. His mark was erased by Sri Lankan spin bowler Muttiah Muralitharan in May 2004. However, Walsh remains one of the most successful fast bowlers in the history of test cricket.