Jamaican patois adds unique spice to everything. For Boys & Girls’ Champs, we have our own parlance to describe the goings-on. If you’re interested any at all in our biggest annual display of student athletic grandeur, you should take the time to learn one or two of the patois phrases that capture the essence of what Champs means to this nation. Below are 10 Jamaican terms that explain the culture of Champs:

There are no spectators at Champs. Everyone – marshalls, timekeepers, flagmen, athletes, people sitting in the stands – every single body in that stadium is a participant in one  of the most sacred athletic events in Jamaica. They all have a role to play, and they know it. The term ‘FULL’-ticipate is a mash-up of the words ‘full’ and ‘participate’. It speaks to a need to participate in the fullest way possible. Champs spectators get that, and they come armed with chants and songs to play their part and cheer their favourite teams on.

That’s the patois term for ‘noise’, because Champs is never a quiet affair. Vuvuzelas, pot covers, horns, drums, tambourines, shakers, whistles and very loud shouts, screams and cheers are all part and parcel of the spectacle that is Champs. So learn the Jamaican word to describe it: ‘naiz’. Champs is guaranteed to be very ‘naizy’ business.

You may have to do this. Duck, as in bend quickly to avoid collision with something or someone. Duck, as in bend down right now to avoid being clobbered on the head by any of several things that will be thrown to and from the stands – food, money, bags, paraphernalia … be very alert and always be ready to duck. 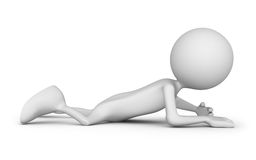 This is ducking to the degree where your entire body is flat on the ground. Have you ever seen those movies where they tell everyone to ‘get low’ and ‘hit the floor’? That’s the idea. ‘Chuck’-ing is an abnormality. You are highly unlikely to be required to do this, but there have been stories from veteran Champs goers about altercations in the stands resulting in ‘ducking’ and ‘chucking’ to avoid mild violence or heated arguments.

Do not participate in this activity. But if you observe it, at least you will understand what it is. ‘Boom’-ing fence is to basically scale the fence to get into (or out of) the premises. People ‘boom fence’ at Champs occasionally. Unfortunately. But don’t worry. Security has greatly diminished the frequency of this occurrence. The penalties for getting caught are dire, so order prevails for the most part. But at any public event, there is always an unruly minority. At Champs, these are the people who insist on ignoring the venue’s main entrance and exit points, and try to gain admission via fences and walls. 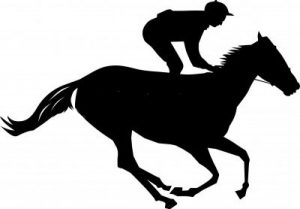 This is what we call the distance between an athlete who has created plenty of space between him/herself and the rest of the track. It’s something you’ve seen Usain Bolt do many times. He just runs so far ahead of everybody that he could basically walk to the finish line and they still wouldn’t catch him. In Jamaica, when we witness this occurrence, we frequently give out shouts of: “Lengths! Lengths! Donkey lengths!” And snap our fingers in glee. The term ‘donkey lengths’ may be reference to the fact that this kind of win is often seen in horse racing.

The unfortunate opposite of an athlete who has won by ‘donkey lengths’ is the person who places ‘dead laas’. ‘Dead laas’ as in you took so long to finish this race, you might as well be deceased. Dead laas, as in you are moving so slow, we’re not sure you’re moving at all – are you even alive? ‘Dead laas’ is Jamaica’s (somewhat unkind) exaggeration of the place held by a person who has lost a competition in a very obvious and painful way. Exercise sympathy and empathy for those who place ‘dead laas’.

All of these are expressions of excitement that you will hear during and after races and other events:
Run: Obviously, will be yelled during races.
Gwaan / Galang: Both mean ‘go on’, and is our way of urging athletes to keep going, and to go faster, and to win.
A big side! / A it dat!: Literally translated to mean ‘That’s a big (good) side!’ or ‘That’s it!’ Usually heard when an athlete from a favoured team accomplishes something monumental or pulls off an uncanny win.
Watch ya now!: Means ‘look here now’. Used before and during a race to signal something special or particularly exciting is about to happen or is happening.
Brap! Brap!: A sound made like a gun salute, usually accompanied with two gun fingers in the air. Usually celebratory.

These are your (usually) friendly vendors, keeping you refreshed, fed and hydrated while you full-ticipate in Champs. The ‘Nutsie’ is the vendor who sells mainly peanuts. ‘Chipsie’ sells mainly banana chips, and ‘Juicie’ sells mainly bag juices and water. Now, their wares may vary, or they may be selling other food items that aren’t nuts, chips or juices at all, but you will still hear people referring to them as ‘nutsie’, ‘chipsie’ and ‘juicie’.

That is the Jamaican patois pronunciation for fever. It accurately describes the most excitingly vivacious combination of athletic competitions on the secondary school circuit in this island. It is fun. It is electric. It is absolutely infectious! Champs is a fever. Catch it.