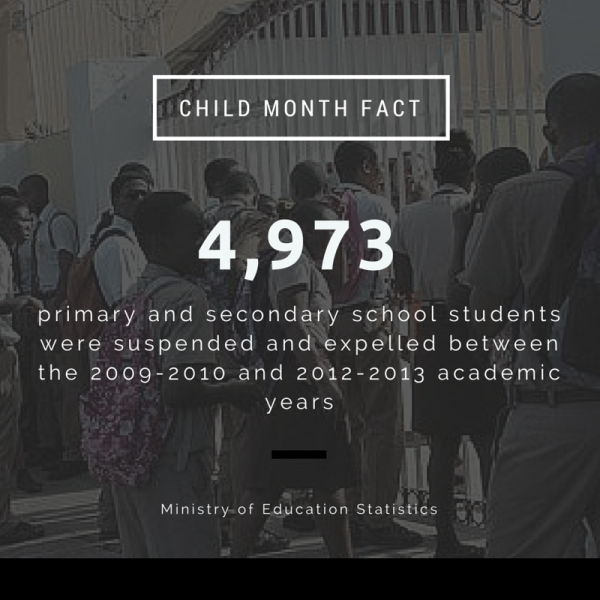 The lead story in this week’s Sunday Gleaner left many readers in shock as it was reported that the parents of at least eight students of The Queen’s School have been instructed to find new schools for them immediately. The decision was made following a probe into a bloody battle which started on the school compound and continued on the road almost two weeks ago and left two alleged members of a gang, including the reputed leader, hospitalised with knife wounds.

The incident prompted Education Minister Ronald Thwaites to call for schools to begin intervention for students with behavioural issues as early as grade seven.

The figures above come two years after a February 2011 Sunday Gleaner story cited Ministry of Education statistics that painted a worrying picture of indiscipline in schools in Jamaica: some 26,000 students were suspended and hundreds more expelled during the 2006-2007 to 2008-2009 academic years.