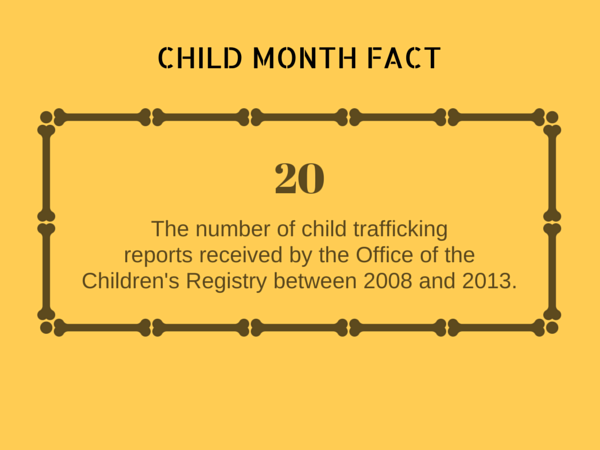 According to UNICEF’s Child Protection Information Sheet, a ‘child victim of trafficking’ is defined as “any person under 18 who is recruited, transported, transferred, harboured or received for the purpose of exploitation, either within or outside a country.” Children who are trafficked are oftentimes forcibly used for prostitution, illegal adoptions, to provide cheap or unpaid labour, to work as household helpers or beggars and are recruited into armed groups. They are more likely to be exposed to violence, sexual abuse and HIV infection among other atrocities and less likely to grow up in a family environment and have access to basic human rights such as healthcare and education.

Child trafficking is also known as child selling, as some children are sold for the purposes mentioned above.