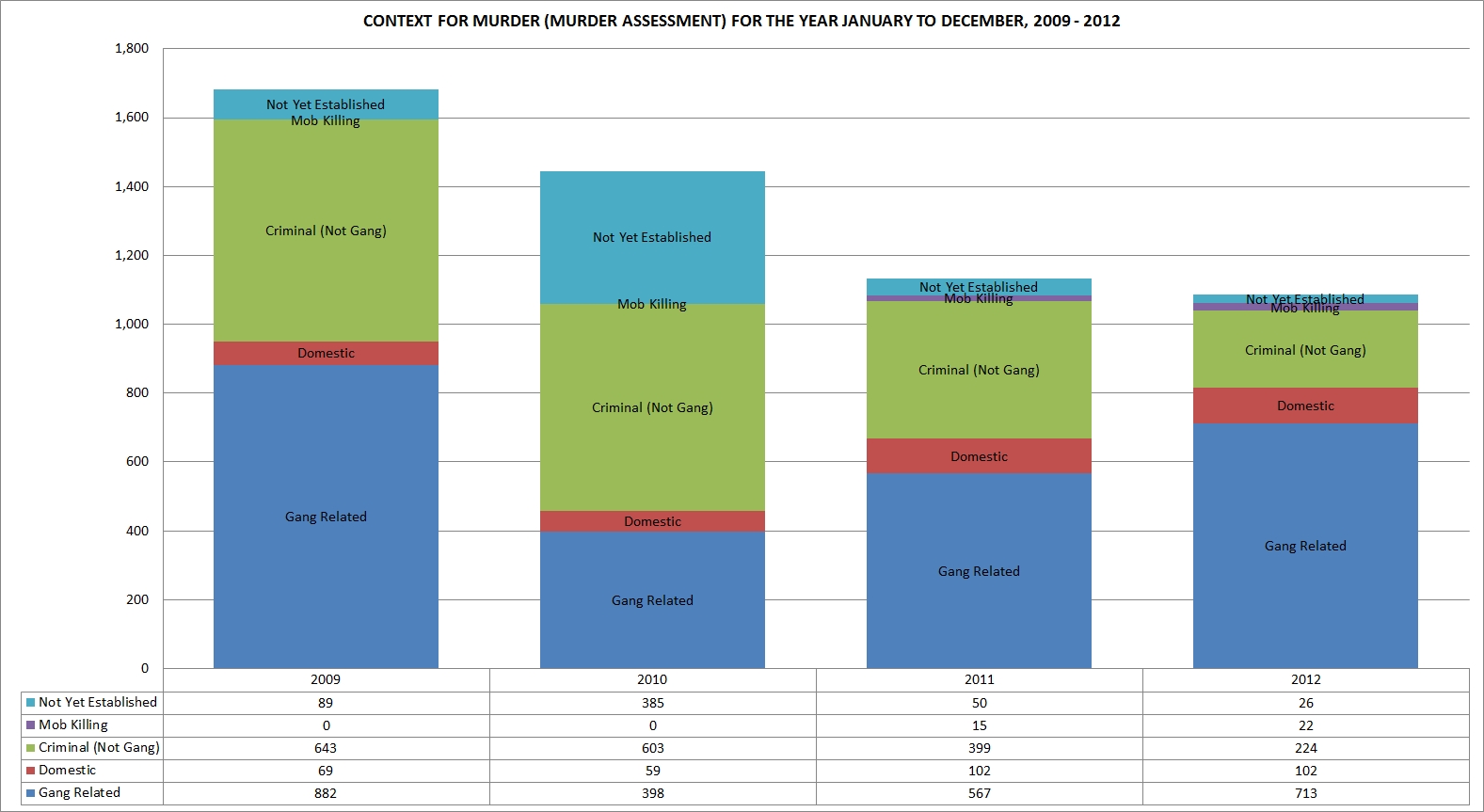 The chart above appeared in our blog post:  2012: A Graphical Look At The Year In Crime Fighting which has additional details like murder rate by parish, type of instrument used etc.

According to the Jamaica Constabulary Force data, overall murders have been falling since 2009.  Note though that between 2011 and 2012 there is a very slight difference.

What is really interesting is the type of murders over this time period:

What do you think the trend will look like in 2013? Less ‘criminal’ and more ‘gang-related’ murders? ‘Domestic’ murders rising or falling? Will ‘mob killings’ be a higher proportion of murders? Comment below.