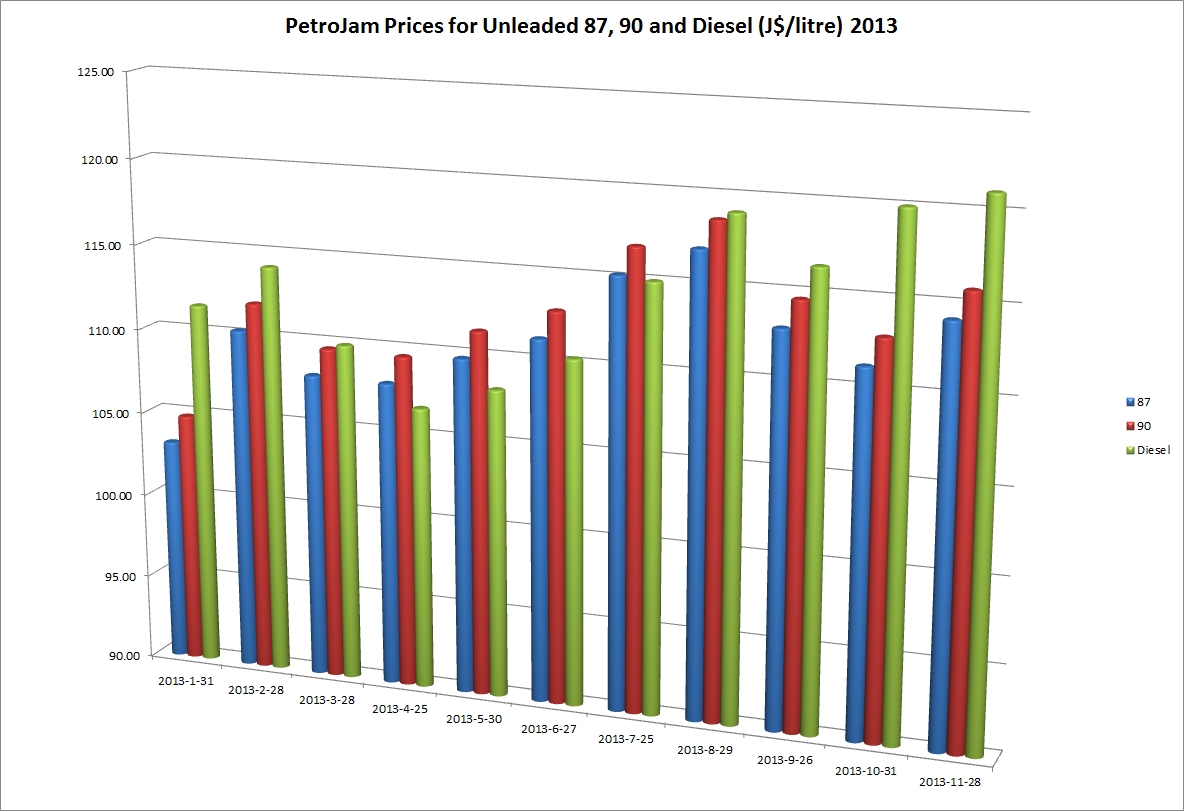 This Chart of the Week we focus on the movement in the price for Petrojam’s gasoline (87 & 90 Octane) and automobile diesel for 2013. The clustered cylinder column chart above depicts month-end Petrojam prices for 87, 90 and Diesel (J$/Litre) for the period January 2013 to November 2013.

* The prices quoted above are not actual price/litre for the petroleum products at the pump. Marketing and distribution companies add their own markups at the pumps.

On Thursday December 12, 2013 haulage contractors (tanker drivers who transport petroleum products to service stations) parked their vehicles in protest after plans to negotiate an increase in their haulage rates with Government officials and other stakeholders fell through.

Government officials and representatives of the the parties involved were in a meeting up to midnight last night to try to resolve the matter. From the meeting the parties came to an agreement and a MOU was drafted. However the signing of the MOU was delayed to give the relevant parties involved time to consult with their members.

The haulage contractors promised to resume their services after the MOU is signed but until that happens consumers should expect to experience difficulties in purchasing petroleum products said Julian Robinson, Junior Energy Minister.

Stay-to-date with the movement of the price/litre of all three main petroleum product 87, 90 and Diesel with diGJamaica by using the Dashboard on the homepage.