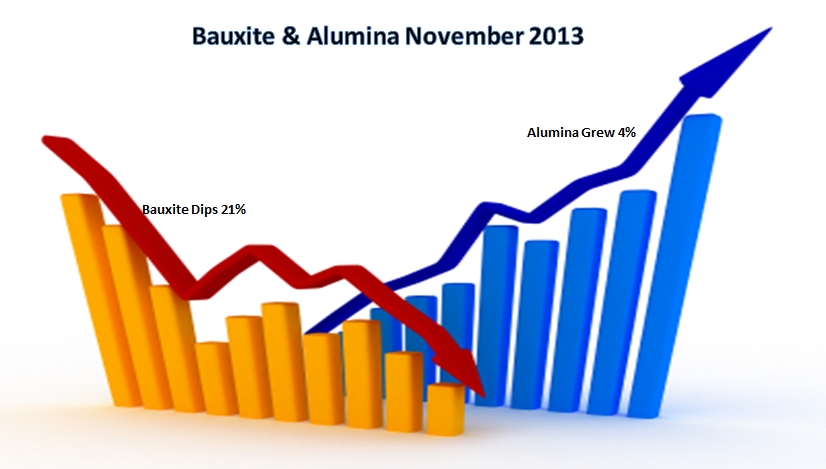 Based on diGJamaica’s calculation using the latest available data from Statistical Institute of Jamaica (STATIN), 0.3% (July 2013) of the Jamaican population is employed in the Mining & Quarrying industry.

The bauxite-alumina industry is especially important, as this sector is ranked the 3rd highest foreign exchange earner. The trade of the vital resource accounts for more than 50% of the country’s export.

Under the four-year Extended Fund Facility with the International Monetary Fund (IMF) the GOJ has committed to the reduction of the debt-to-gdp ratio by 2020 which is currently approximately 140% of GDP.

The foreign exchange earned by the bauxite-alumina industry is a key component in the realization of this target and also improving the deficit in the balance of payments’ current account.