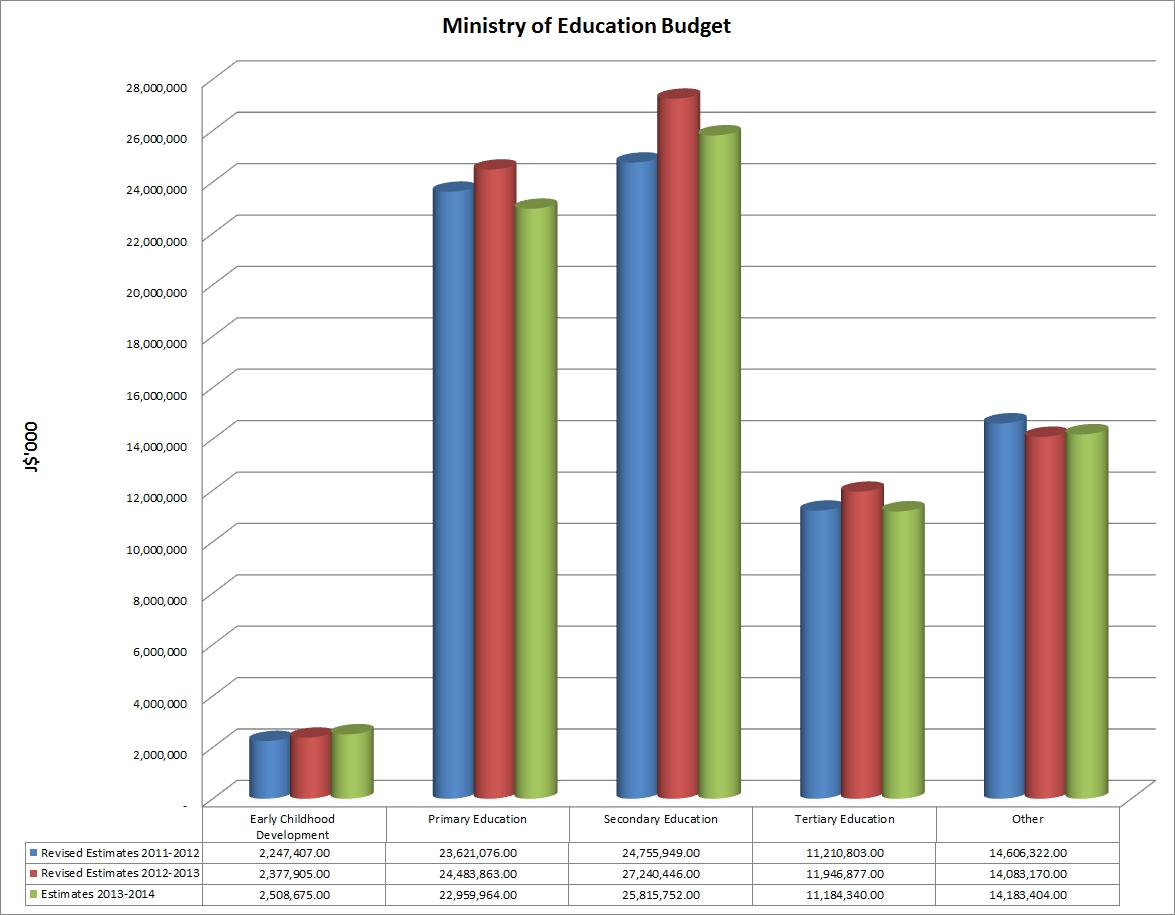 For this week’s Chart of the Week we have a look at the allocations within the Ministry of Education Budget. diGgers take note of those first three short stumps in the left hand corner of the chart, if you are were not keen you may have missed them, they represent the allocations to the Early Childhood Development sector.

Early Childhood Development is concerned with the development of children up to age 5. The institutions involved are Day Care Centres, Basic Schools, Infant Schools and Infant Departments of Primary and All Age Schools.

The increase in provisions to the sector is related to nutrition grants. On Wednesday of this week, Agriculture Minister Roger Clarke, announced that come September the long awaited school feeding programme will be rolled out, he was speaking at a Gleaner Editors’ Forum.

If you are interested in diGging a little deeper check out the Ministry of Education’s Recurrent Budget.