Jamaica’s participation in the prestigious Penn Relays dates back to 1964, and we got off to a flying start courtesy of our first participants from Kingston College. The small contingent left its mark on the University of Pennsylvania’s Franklin Field, claiming the 4×110 yards relay victory in 41.7 seconds, breaking the 21-year record held by Brooklyn High School and placing second in the mile relay.

Since then, the relay carnival has become a familiar hunting ground for Jamaican high school athletes, many of whom have been scouted there and gone on to compete for American colleges and universities. In 1992, Jamaican schools placed first in all eight relays (boys and girls), dominating their American rivals to the point that some accused them of cheating. Vere Technical has collected an astounding 39 girls’ Penn titles, while Calabar is tops for the boys with 12. Additionally, Jamaica is the only other country to have its flag flown at the carnival. In 2012, Prime Minister Portia Simpson Miller presented the Jamaican flag to UPenn President, Dr Amy Guttmann, to be officially flown at the Penn Relay Carnival every year beginning in 2013, into perpetuity.

With this high level of competition, it is no wonder than a number of our athletes have managed to get their names on the Penn Relays Wall of Fame. Here are those who have been so honoured. 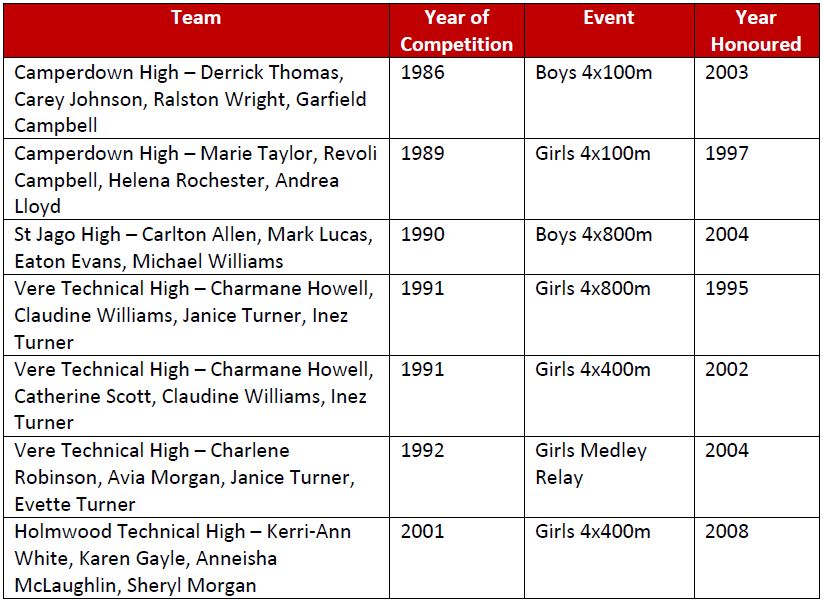 Some information taken from Champs 100: A Century of Jamaican High School Athletics 1910-2010 by Hubert Lawrence