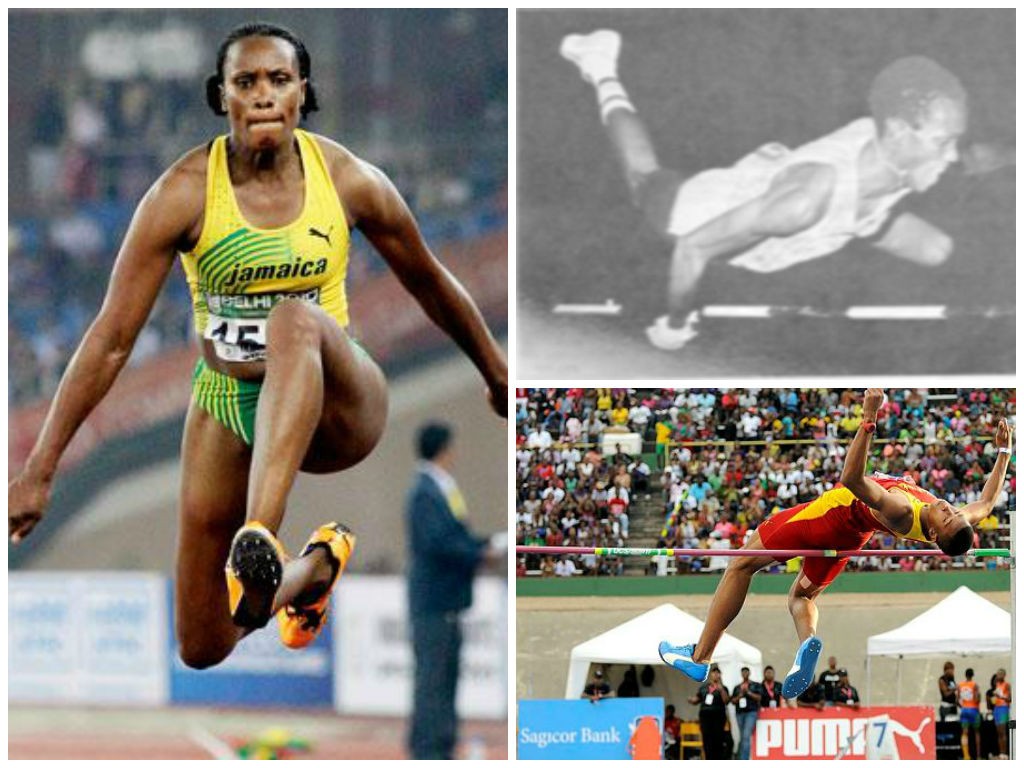 When you say ‘Champs,’ Jamaicans automatically think of running events, particularly the short sprints, where it seems scintillating, record breaking performances are always on tap. The athletes toiling away in the field hardly get the same level of attention, but they have also produced some spectacular performances over the years. Today, we turn our focus from the track to the field and herald some of our greats.

1979 – Desmond ‘Zele’ Morris is a Jamaican high jump legend. Having cleared 6ft 11in at KC’s sports day, he first silenced the crowd at the National Stadium as the bar reached seven feet. The first attempt was a miss, wringing disappointed sighs from the spectators. However, it was sheer bedlam minutes later when he sailed over the bar on his second attempt. No Jamaican – man or boy – had ever jumped so high. This class 1 victory gave him his third Champs record, following his exploits in classes 1 and 2.

1984 – Clarendon College won its second Champs title thanks in part to the exploits of its field athletes. Enos Watts blasted the class 1 shot put record, which had been set by his coach in 1972, with a heave of 17.12m. Dwight Mitchell upset defending class 1 long jump champ, Calabar’s Michael Hinds by a quarter of an inch. Rohan Webb won the class 2 shot put and they also had a 2-3 finish in the triple jump.

1991 – Dean Richards of Jamaica College became the second Jamaican to clear seven feet in the high jump. He also placed second in the triple jump and fourth in the pole vault. His personal best performances made him the class 1 champion for the meet.

1995 – The Manning’s School’s Trecia-Kaye Smith, now an Olympian and World Champion (2005), had an outstanding year. She broke the class 1 long jump record twice, taking it from 5.07m to 6.01m and then to 6.11m. She also won the javelin, discus and heptathlon.

1999 – Meadowbrook’s Shelly-Ann Gallimore was the star of the field, winning the class 1 long jump with 6.07m and breaking the triple jump record, with a hop-skip-jump of 13.44m before smashing the javelin record, setting a new mark of 41.32m. She also placed third in the high jump.

2003 – Three ladies cleared the record height of 1.77ft, but it was Alpha Academy’s Peaches Roach who had the final say, winning in a new class 1 record of 1.84m.

2014 – Bryan was still in record-breaking form as he won by clearing 2.20m and later improved his mark to 2.23m before tapping out after failing to clear 2.26m.