January is observed as Cervical Health Awareness Month. It is a time used to raise public awareness about how women can protect themselves from cervical cancer and the human papilloma virus (HPV). Statistics from the United States show that each year, more than 11,000 American women get cervical cancer. Despite this number, the number of deaths from cervical cancer has decreased by almost 50%, mainly due to increased preventative measures such as screening and vaccination.

In Jamaica, the Statistical Institute of Jamaica reports that 167 women died from cervical cancer in 2014. A Jamaica Information Service article quotes Dr Wendel Guthrie as saying that ” the prevalence of cervical cancer in Jamaica is fewer than 30 per 100,000 persons”, which is at least 10 cases lower than the figure in other developing countries.

Another Jamaica Information Service report says that a total of 9,790 women were screened by the Jamaica Cancer Society (JCS) for cervical cancer in 2015. Recognising the need for people to be more informed about this highly preventable disease, the JCS turned the spotlight on cervical cancer in April 2016 with a national campaign intended to raise public awareness about cervical health. Their theme was ‘Cervical Cancer is the Most Preventable Cancer… Do Your Pap Smear’.

The Ministry of Health’s website also gives information about the most frequently asked questions about cervical cancer.

The Importance of A Healthy Cervix 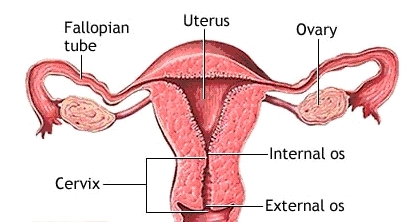 What Can You Do To Raise Awareness?

Below is a downloadable PDF link for a factsheet done by Jamaica’s Ministry of Health on cervical cancer.