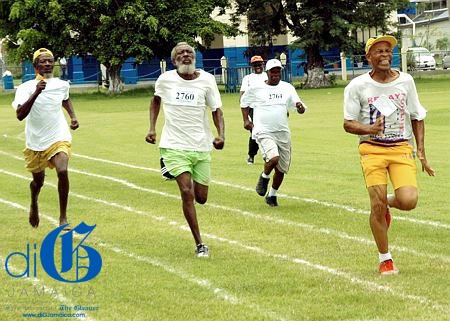 Saturday, September 12 marked the eighth observance of Caribbean Wellness Day across the region. Inaugurated in 2008, Caribbean Wellness Day is an annual event which provides an opportunity to increase the awareness of the non-communicable diseases (NCDs) burden in the Caribbean; mobilise and strengthen public, private, and civil society partnerships for NCDs; promote multi-country, multisectoral activities in support of wellness; and showcase national and community level activities to promote healthy living and encourage residents to develop good health practices.

This year’s focus was on the elderly, under the theme ‘Improving the quality of life of the Region’s ageing population.’ Locally, the Ministry of Health (MOH) partnered with the National Council for Senior Citizens (NCSC) to mark the day. According to Dr Tamu Davidson-Sadler, MOH Acting Director for Chronic Disease and Injury Prevention, the ministry will focus on improving the quality of life of Jamaica’s ageing population through physical activity, healthy eating, mental and dental assessment, screening for NCDs and other activities.

Here are some facts about ageing in Jamaica and the Caribbean: