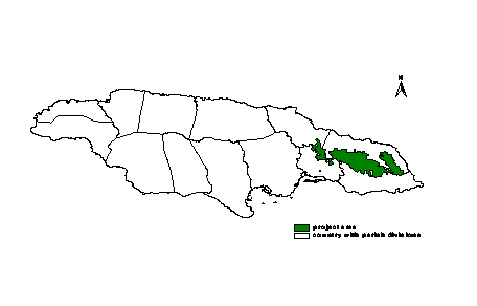 The inscription, which is Jamaica’s first site listing, was formally announced on Friday, July 3, by UNESCO’s World Heritage Committee, following a unanimous decision by the 21-member panel, during its 39th Session in Bonn, Germany. World Heritage status is given to natural and cultural sites across the globe that are considered to be of outstanding universal value, that is, they possess cultural and natural significance so exceptional as to transcend national boundaries and are of common importance for present and future generations.

The Blue and John Crow Mountains National Park, which covers the Port Royal, Blue and John Crow mountains, incorporates much of the interior of the parishes of Portland, St Thomas, St Andrew and a small section of south-east St Mary. Is a vital natural resource, essential for absorbing carbon dioxide and producing oxygen, cleansing the air and reducing global warming; necessary for conserving the highly erodible soil of the area, preventing soil erosion and landslides, and is supplies more than 40 per cent of Jamaica’s population with water for domestic, agricultural, industrial and commercial use. Culturally, it also played an important role in our history as a Maroon enclave.