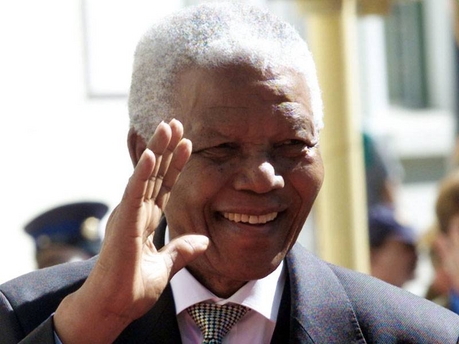 When Nelson Mandela stood to address Jamaicans on Jamaican soil at the National Stadium, his first words were, “This is the happiest day of my life!” The date was Wednesday, July 24, 1991, and perhaps only the excitement and euphoria of the visit of American President Barack Obama to Jamaica in April 2015 can be compared to this historic moment. 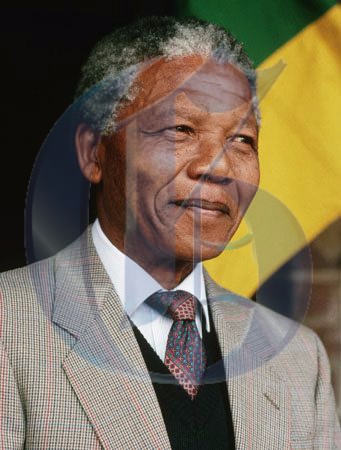 Mandela and his wife, Winnie, received an overwhelming welcome from Jamaicans, and were ushered into a full day’s schedule of activities: the unveiling of a plaque naming Mandela Park in his honour in Half-Way Tree, an address to the House of Representatives and Senate at Gordon House, a wreath-laying ceremony at National Heroes Park, a luncheon with CARICOM heads of government at Vale Royal.

To start his day, the then African  National Congress (ANC) president attended a ceremony at the University of the West Indies (UWI), Mona, where he received a honorary doctorate degree. Then it was off to Parliament, where Michael Manley, prime minister of Jamaica at the time, offered Jamaica’s “limited” resources to the ANC to help build a democratic system in South Africa after the ravages of apartheid. He said while the country couldn’t offer financial assistance, it could gladly lend assistance in the areas of political organisation, arrangement of restitutional law, training of cadres for government and training of professionals.

“We may have little money,” The Gleaner quotes Manley as saying, “But we have abundant human skills and inexhaustible will to be your partners in building a free, unified, democratic South Africa.” He also told Mandela: “When you set foot on our soil, we’re welcoming one of the great symbols of courage and heroism in our time.” A motion was brought before Parliament, and agreed on by Manley and then leader of the Opposition, Edward Seaga, to support the anti-apartheid struggle. 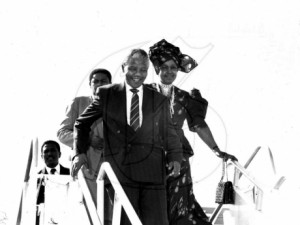 The final event was a concert/rally held in the night at the National Stadium to honour Mandela and his wife. Noteworthy was the turnout of Rastafarians, who swarmed streetsides along with other onlookers to get a glimpse or touch of the iconic African leader. This had not been witnessed since the visit of Emperor Selassie to Jamaica. Parents were hoisting children on their shoulders and over the heads of other onlookers in an effort to allow them to see the South African freedom fighter. Before Mandela’s arrival to the stadium, three persons were shot by police after unrest caused by persons in the bleachers trying to jump the fence to get on to the field. There were unconfirmed reports that one person died of the two men and one woman shot.

At the concert, Mandela was invested with the Order of Jamaica (OJ), the highest honour a non-national can receive, by then acting Governor General Edward Zacca. There were also addresses by some CARICOM heads of states, and performances by some of Jamaica’s top-ranked musicians.