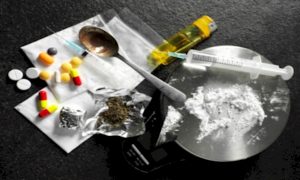 What is a drug treatment court?

The drug treatment court is not quite like other courts in Jamaica. It’s primary purpose is to help with the reduction of drug abuse in the island. A drug treatment court is designed with the primary mandate of “treatment rather than the trial of individuals“. According to the National Council on Drug Abuse (NCDA), “the object of the Court is to reduce the incidence of drug use and dependence by persons whose criminal activities are found to be linked to such dependence, to reduce the level of criminal activity that results from drug abuse and to provide such assistance to those persons as will enable them to function as law abiding citizens.”

This is primarily done by the provision of judicial supervision to drug-dependent offenders who have consented to participate in the programme. They benefit from a course of treatment and regular monitoring by the court to ensure that they abstain from drugs (according to the Jamaica Information Service). The drug treatment courts provide an alternative to incarceration for drug-dependent offenders where they benefit from treatment and rehabilitation under judicial supervision.

Why were drug treatment courts created in Jamaica?

Who goes to drug treatment court?

According to Jamaica’s Drug Court Act, a person is eligible for drug treatment court when:
(1) the person is charged with a relevant offence
Relevant offence refers to offences under the Dangerous Drugs Act as follows:
(a) possession of not more than-
(i) one ounce of prepared opium;
(ii) eight ounces of ganja;
(iii) one-tenth of an ounce of cocaine, heroin or morphine, as the case may be;
(b) possession of any pipes or other utensils for use in connection with the smoking of opium or ganja, as the case may be, or any utensils used in connection with the preparation of opium for smoking;
(c) smoking or otherwise using ganja or prepared opium, as the case may be;
(d) frequenting any place used for the purpose of smoking opium.

(2) the person appears to be dependent on the use of drugs; and

(3) the person satisfies such other criteria as may be prescribed