Thursday, March 31 was a very good day for West Indies cricket, as before the men took the field, the women’s team, captained by Jamaica’s Stafanie Taylor, booked its spot in the finals of the World Twenty20 championships. They defeated New Zealand by six runs to set up a clash with arch-rivals Australia for the trophy on Sunday.

The West Indies women’s team has had a bit of a patchy history when compared to the men. It is marked by years of absence from the international scene, including a 20-year gap between ICC Women’s World Cup appearances. Check out our infographic highlighting some of the key moments in the team’s history. 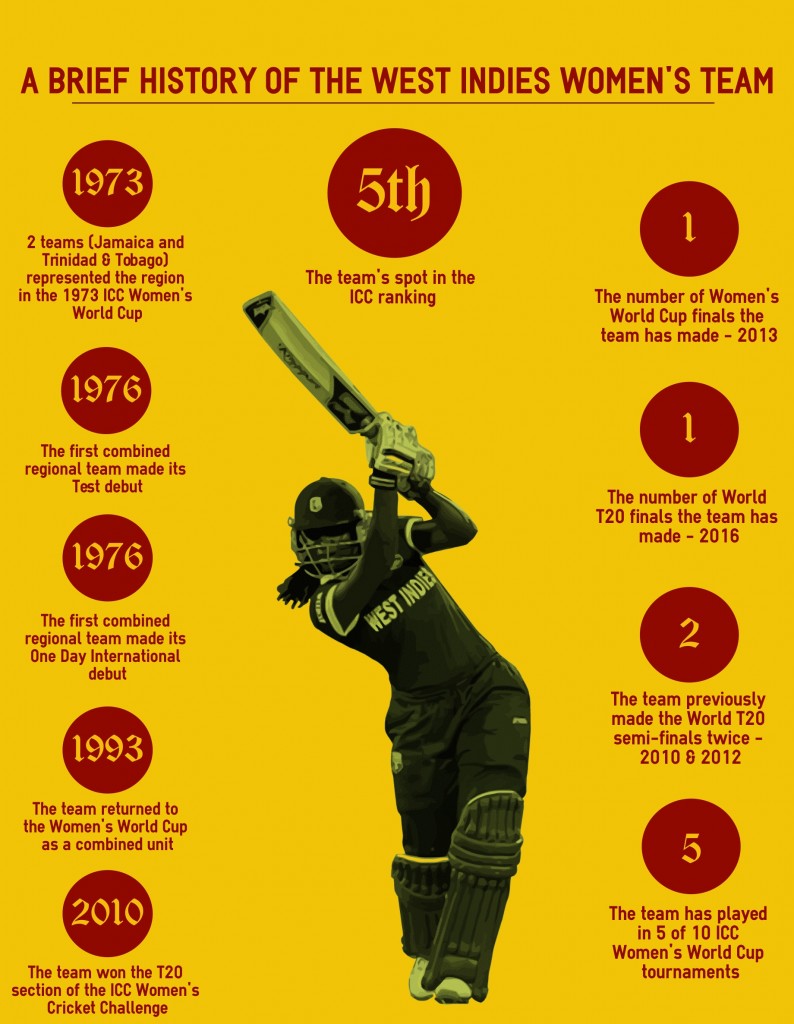