The North-South leg of Highway 2000 was officially opened on Monday, August 4. Those who regularly travel between Kingston and Ocho Rios are rejoicing as they now have to option to bypass the winding Mt Rosser terrain, saving time and gas.

As the thoughts and feedback came rolling in on Twitter, we noticed that several of our followers were asking for the same things – an infographic about the bypass and a map. We did some diGging and worked to give you what you wanted. Click on the images below to see more. 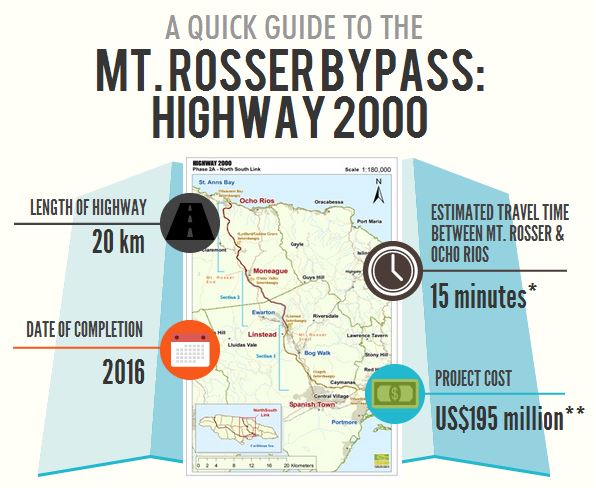 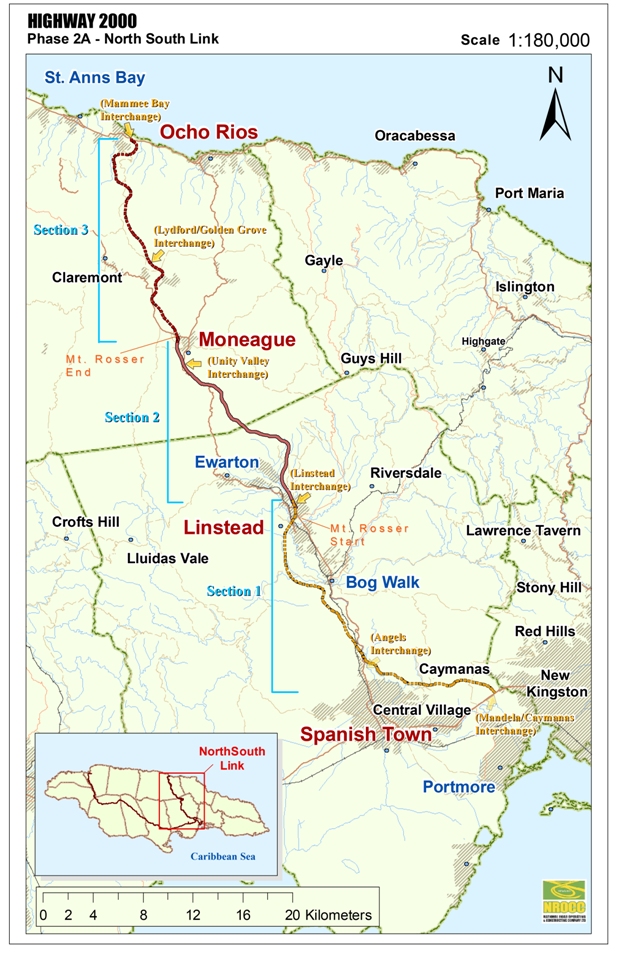