Jamaicans are on high alert following the news that the dreaded Ebola virus has reached our great neighbour to the north, the United States. Yesterday, the US Centres for Disease Control (CDC) confirmed the case in Texas. The patient, now identified as Thomas Eric Duncan, had recently travelled from Liberia, one of the West African countries currently being ravaged by the Ebola virus. He had sought treatment for his symptoms at a Dallas hospital last week and was sent home with antibiotics.

This news comes on the heel of a scare last week, when reports were circulating that someone in Jamaica had been diagnosed with the virus, prompting the Ministry of Health to strongly deny the claim. It also comes amidst an ongoing Chikungunya outbreak that already has the population on edge.

What do you need to know about Ebola? We’ve compiled some vital information below.

According to the World Health Organisation (WHO), Ebola virus disease (EVD), formerly known as Ebola haemorrhagic fever, is a severe, often fatal illness in humans.

Ebola virus disease (EVD) first appeared in 1976 in two simultaneous outbreaks, one in Nzara, Sudan, and the other in Yambuku, Democratic Republic of Congo. The latter occurred in a village near the Ebola River, from which the disease takes its name.

The current outbreak in west Africa, (first cases notified in March 2014), is the largest and most complex occurrence since the Ebola virus was first discovered in 1976. There have been more cases and deaths in this outbreak than all others combined. It has also spread between countries starting in Guinea then spreading across land borders to Sierra Leone and Liberia, by air (one traveller only) to Nigeria, and by land (one traveller) to Senegal.

The virus is transmitted to people from wild animals and spreads through human-to-human transmission. The virus can be spread in several ways, including:

The CDC’s fact sheet states: “During outbreaks of Ebola HF, the disease can spread quickly within health care settings (such as a clinic or hospital). Exposure to ebolaviruses can occur in health care settings where hospital staff are not wearing appropriate protective equipment, such as masks, gowns, and gloves.

Proper cleaning and disposal of instruments, such as needles and syringes, is also important. If instruments are not disposable, they must be sterilized before being used again. Without adequate sterilization of the instruments, virus transmission can continue and amplify an outbreak.” 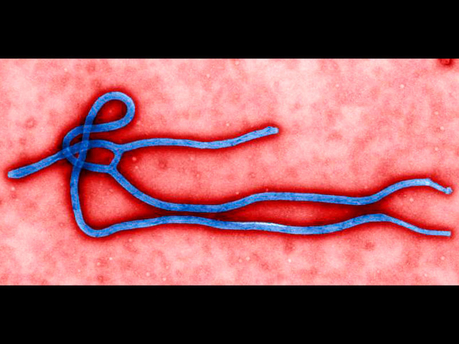 The incubation period (the time interval from infection with the virus to onset of symptoms) is two to 21 days. Humans are not infectious until they develop symptoms, which include:

Some patients may also experience:

It can be difficult to distinguish EVD from other infectious diseases such as malaria, typhoid fever and meningitis. Thus, confirmation of Ebola requires a number of tests.

According to the CDC, the standard treatment for Ebola “is still limited to supportive therapy. This consists of:

There is as yet no proven treatment available for EVD. However, a range of potential treatments including blood products, immune therapies and drug therapies are currently being evaluated. No licensed vaccines are available yet, but 2 potential vaccines are undergoing human safety testing.