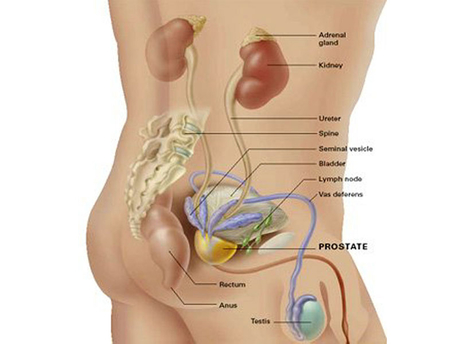 What is prostate cancer?

Prostate cancer is typically a very slow growing tumor in the prostate gland, which is that part of the male reproductive system that produces the majority of seminal fluid that carries sperm. The prostate gland is the size of a walnut and is located beneath a man’s bladder and surrounds the upper part of the urethra, the tube that carries urine from the bladder.

Although prostate cancer progresses slowly, it is fatal if it spreads beyond the prostate gland itself to the lungs, bones or other distant tissues. This is called metastatic prostate cancer and there is no cure for it at this time.

Who is at risk for prostate cancer?

African-American and Jamaican men of African descent have the highest prostate-cancer incidence and mortality rates in the world.

Although scientists and doctors have been unable to pin down a reason for prostate cancer’s prevalence among men of African descent, there are some common factors that could increase one’s chances of developing the disease:

What are the symptoms of prostate cancer?

All men are at risk of developing prostate cancer and the risk increases as the man grows older.

Prostate cancer frequently develops with no noticeable signs. It is a slow-growing disease but possible symptoms include:

How is prostate cancer treated?

Early detection is the best defense against prostate cancer and gives you and your doctor more time to fight the disease before it has a chance to spread. But once cancer becomes a reality, there are some treatment options you can discuss with your doctor.

Here are some options to consider if the disease is caught in the early stages:

How many men are affected with prostate cancer in Jamaica?

A new study on prostate cancer among Caribbean men of African descent has revealed there was a 270 per cent increase in the disease among Jamaican men between 1983 and 2007.

The results of the study, which are published in a soon-to-be-released book by scientist Dr Henry Lowe, also showed there have been significant increases in the number of men in their 40s and 50s who have been diagnosed with the disease.