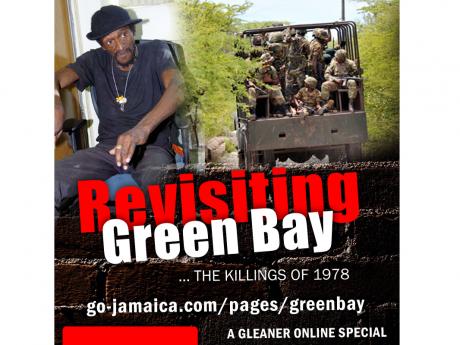 January 5, 1978 was one of the darkest, most controversial days in Jamaica’s history. On that day, a covert operation allegedly carried out by special forces in the Jamaica Defence Force (JDF) resulted in what is known as the Green Bay Massacre.

Reports are that with the promise of guns and jobs in the military if they co-operated with the Government, 14 men were lured into an ambush at the Green Bay Firing Range in St Catherine, allegedly by members of the Military Intelligence Unit. Five of the men were killed, and the remainder fled to nearby bushes. At least one entered the bay and was rescued by a passing fishing boat. The men were all from the Jamaica Labour Party stronghold of Southside in central Kingston. An official report from the JDF said the men were shot dead after they were surprised by soldiers doing target practice at the JDF firing range.