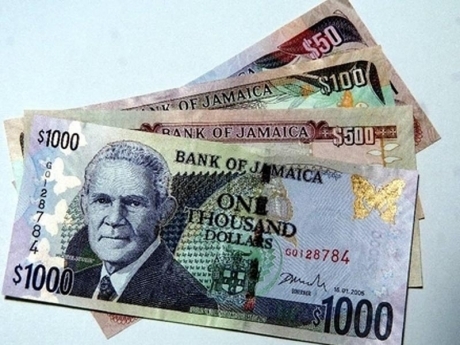 The Bank of Jamaica Act came into effect in October 1960, giving the Bank the sole right to issue notes and coins on the island. BOJ notes made their first appearance on May 1, 1961. The front bore a portrait of Queen Elizabeth II, the Jamaican Coat of Arms and the signature of the first governor of the Bank, Stanley W Payton. On the back, appeared different images of Jamaican life. When Jamaica became independent in 1962 no change was initially made to the coins and notes in circulation. They remained the British threepence, sixpence, shilling, florin (two shillings) and half crown (two shillings, six pence) along with the Jamaican penny and ha’penny. The notes retained the same colours as the notes issued by the Government of Jamaica in 1940 in that the 5 shilling was red, the 10 shilling, purple, the 1 pound, green and the 5 pound, blue.

Jamaica got its own currency in 1969, following the switch to a decimal system the year before. The name of major units was to be dollar and minor units, cents. All pounds, shillings and pence were called in and replaced by notes and coins many of which were in colours as similar as possible to those held previously by the British denominations. The transition from a British to a Jamaican system of currency went smoothly as a result of a successful public education campaign.

It was strongly felt that Jamaican currency, in addition to depicting aspects of the island’s flora and fauna should have as its most striking feature, images that reflect the ideals of the newly independent country. With regard to the design, it was decided that the portrait of the ruling British monarch, which had appeared on the obverse of all coins, would be replaced by the Jamaican coat of arms, with national symbols on the reverse. On the ¢25 was the national bird, the swallow-tailed humming bird or doctor bird; the ¢20 featured the national tree, blue mahoe; the ¢10, lignum vitae, the national flower, the ¢5, the crocodile and the ¢1, the national fruit, the ackee. The coins, minted by the British Royal Mint, were first put into circulation on 08 September 1969. They were all made from cupro-nickel with the exception of the 1c, which was made from copper. In 1970 the metallic composition of the 1c was changed to bronze.

The Ministry of Finance and the BOJ also decided to have the country’s first two national heroes, the Rt Hon Sir Alexander Bustamante and the Rt Hon Norman Manley, widely regarded as the founding fathers of modern Jamaica, appear on the lower dollar denominations ($1 and $5 respectively) as they were thought to be the ones that would be most widely used.