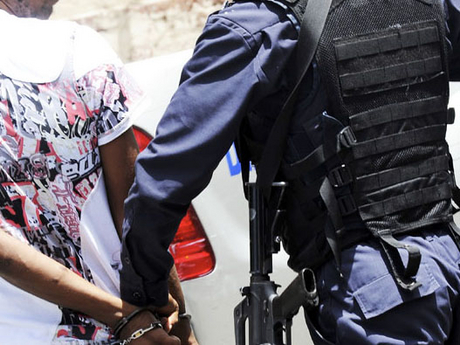 Despite being a signatory to a host of international agreements, beginning with the 1969 American Convention on Human Rights, Jamaica’s record in this area has not been without blemish, as there often tends to be a disconnect between theory and practice. Indeed, the issue of human rights in Jamaica has often been downright contentious, especially as it relates to police-citizen relations. Several incidents and cases have received attention worldwide, which has marred the country’s image and invited closer scrutiny by international watchdog groups.

One such organisation, the Inter-American Commission on Human Rights (IACHR), conducted a visit to Jamaica from December 1 to 5, 2008, to observe the country’s overall human rights situation.

During its visit, the IACHR focused on citizen security and human rights, including killings by security officials; the administration of justice, including access to justice, police impunity and the formation of INDECOM; prison conditions and the rights of persons deprived of liberty; the rights of women, children and persons with disabilities; discrimination based on sexual orientation; and the right to freedom of thought and expression, including defamation laws and the Access to Information Act.

In the subsequent Report on the Situation of Human Rights in Jamaica, published on January 3, 2013, it was noted that the IACHR observed an “alarming” level of violence in the country, the persistence of which has had severely negative consequences for the human rights of Jamaicans.

The IACHR also observed that the government’s efforts to address the problem remain insufficient, hampered by inadequate resources, a failure to sufficiently address the shortcomings of the security forces and the judicial process, as well as the lack of effective policies to ease the social conditions that generate the violence in the first place.

On a more positive note, the Commission recognised the strides Jamaica has made in the area of access to information (ATI). However, it had several recommendations on how to make the ATI Act more effective, including giving the ATI Unit statutory authority, in order to strengthen its capacity to ensure that public authorities comply with the Act and repealing and replacing the Official Secrets Act, imported from England, which prohibits public servants from revealing certain information that would affect areas such as national security.

Check out these links for more information on local human rights organisations: